I am very concerned about a student loan bubble that is growing more and more each semester. People are taking out huge loans to get college degrees that, in many cases, don’t qualify them for high paying jobs that would enable them to pay back their loans.

Some young people are making pretty terrible student loan decisions, and now some of those people are demanding a bailout from American taxpayers. While I find it ridiculous to think that taxpayers should be responsible for paying back someone’s student loans, it seems like Barack Obama feels differently.

According to this article, he will be announcing a student loan initiative on Wednesday. The article gives no specifics about the program, so I can’t comment on exactly what he is going to propose.

However, if his proposal takes even one dollar of taxpayer money and uses it to pay off or defer student loans (which I imagine it will), then I hate it. I hate it more than I hate watching Derek Holland and his stupid mustache shut out the Cardinals for 8 and 1/3 innings.

Pay Off Your Own Damn Loans 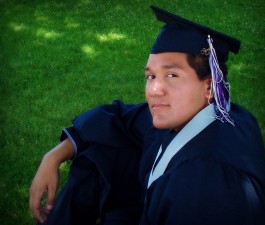 And what about the people who already paid off their loans? Ninja worked his ass off to pay off his student loans and he’ll be pissed if other people get to just walk away from their obligations. Let’s not forget about the people who worked full time during school and went to class at night, working and going to school for 8-10 years to get a four year degree without any debt? You think those people want their tax dollars to pay for other people’s debt?

A 22 year old who has takes out over $100k in student loan debt to get a degree in engineering or finance is taking a huge risk. If he takes out that much debt for an art history degree, it’s simply irresponsible. We can’t blame taxpayers for irresponsible students; those students need to accept the consequences for themselves.

A Student Loan Program is Not The Answer!

When are people going to realize that more government is not the answer?! Every time government gets involved in something to “help low income people afford it”, it just makes prices skyrocket through the roof for everyone. Don’t believe me?

Medical Care – Medicare in 1965, with numerous additions including the Prescription Drug Program in 2003.

The costs of these three things have vastly outpaced inflation ever since the government got involved. It’s really not hard to understand.

The only way to fix the problem is to get government to stop giving out unlimited credit and stop bailing out people who make bad decisions!

Readers: Where do you stand? Do you think the government should take money from taxpayers and give it to people who have lots of student loans? If so, how do you handle the people who were responsible enough to pay for their college upfront or pay off all their loans?