When it Comes to Bullying, Nobody Wins

Have you ever been bullied?

Have you ever hoped the bully gets a taste of his own medicine one day?

You may have seen the video or heard about the Australian kid who was getting bullied and finally decided to fight back. If you want to watch the video, I have the link here, but please be warned that it is quite violent. I actually recommend not watching it; I wish I hadn’t.

If you don’t want to watch the video I’ll give you a rundown. Kid #1 is getting taunted and punched by Kid #2. Kid #1 takes one punch in the face, blocks a second, and then snaps. He grabs the bully, picks him up, and literally piledrives him into the concrete ground. Turns out the bully was medically okay and walked away from the fight, but it was terrifying. 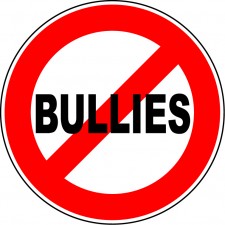 I’ve seen some people on facebook say the video is awesome. They watched it over and over again, as I guess they loved seeing the bully “get what he deserved”. I couldn’t disagree more.

This video almost made me cry. I watched it twice, and I only watched it the second time because I wanted to write about it and make sure I remembered everything. It made me sick having to watch it again.

I’ve was bullied a bit when I was a kid. I was never punched, but I did get pushed around many times and had to turn the other cheek. Most of the bullying I put up with was verbal. There were times when I wanted to lash out with violence. In the moment when I was getting bullied, I wanted to hurt those people physically as bad as they had hurt me emotionally.

But I never did. I never tried to hurt anyone because after the moment of rage-filled emotion, I would always realize how terrible I would have felt inside if I ever actually hurt someone.

I feel like I can see it in that kid’s face immediately after he threw the bully to the ground. He was so mad that he couldn’t stop himself from lashing out, but immediately after he realized what he had done, it looks like he was disgusted with himself. Now I can’t say for sure what that kid was thinking, but I can guarantee that if it were me, I would have started crying before the kid even hit the ground.

I never wanted the bullies to get hurt physically; I just wanted them to stop.

I was an easy target in grade school. I was a big nerd, physically the smallest boy in the class, and a poor kid living in a rich neighborhood. Luckily I didn’t have glasses or I would have really been screwed.

However, I think I avoided a good amount of bullying because my reaction to bullies was just to ignore them. If I got really fed up, I would respond verbally with a very passive, “I really don’t care. You’re an idiot.” I think they ended up leaving me alone for the most part because I wasn’t fun to pick on. I didn’t show them that it got under my skin (even though it absolutely did), so it wasn’t fun for them.

I’m not going to try to arbitrarily tie in a financial lesson to this post, so if you’re looking for that I have plenty of old posts with great information. When I saw the video, it just struck a nerve and I had to write about it.

I really just needed to say that my heart goes out to that boy who let his anger get the best of him for a few seconds, and I truly hope this is the end of the story. I’m worried that the bully is going to be embarrassed about the whole situation, and get some of his stupid friends to gang up on Kid #2 and really hurt him.  I also hate the fact that Kid #2 is going to get a lot of people telling him that what he did was awesome, and if he’s not careful, he’s going to start believing that body slamming mean people is a good thing to do.

I can’t imagine how someone could enjoy watching that video. When it comes to bullying, it doesn’t matter what happens; nobody wins.

Edit based on some reader comments: I didn’t make this clear. While I don’t think it was “right” to return violence with more violence, I understand that he had to stand up for himself after the abuse he was taking, and I’m not judging him for that. The main point I wanted to make was just that I feel so bad for that kid after having been in his shoes. And sure, he may have stopped those bullies from messing with him ever again and “won the fight”, but if he’s anything like me, he doesn’t feel like he won anything; he just feels terrible. That’s why I think nobody wins.