Write Off Your Charitable Donations. You Earned It.

Last week there was a very heated discussion on Punch Debt’s site about whether or not it is “right” to take a tax deduction on charitable giving. Being someone who is always willing to insert myself into a heated debate, I’m happy to share my two or three cents here.

An Example of Charitable Deductions

I want to make sure everyone understands the charitable deduction before we get deeper into this discussion. 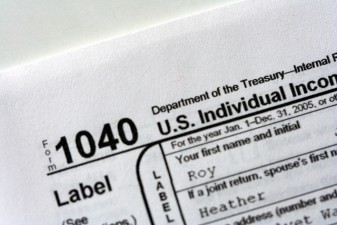 In order to get a tax benefit from charitable donations, you need to itemize your deductions. Everyone gets a standard deduction ($5,800 for single people and $11,600 for married couples for 2011 taxes) that reduces their taxable income. If you can’t itemize more than the amount of the standard deduction, then you can’t take the benefit anyway. I don’t have any numbers, but I’m willing to bet a heck of a lot of people who donate to charity can’t itemize deductions and get no tax benefit at all.

Now let’s pretend that a non-married person has exactly $5,800 of itemized deductions (maybe from interest on a mortgage, medical expenses, or other itemizable expenses). In this case, every dollar that person donated to a charity would reduce his taxable income if he itemizes his deductions.

For example: Eduardo makes $60,000 a year and owns a home. He had $5,800 of itemized deductions thanks to his mortgage interest, and also donated $1,000 to his favorite charity. If Eduardo were to itemize his deductions and take the tax break for his charitable donations, he would save himself $250 on taxes.

Take Every Deduction You Can Get

In what world is it wrong to take a perfectly legal tax deduction? Especially a deduction for giving away money to a non-profit organization? Let me break down the whole process very simply.

I don’t see any legal or moral grey area there.

To say it is immoral to take a tax deduction is to suggest that the government has a right to that money in the first place.

And we already know that there shouldn’t be an income tax at all. If you agree with me there, then there’s really nothing to discuss. Take every legal deduction you can find and bring your tax burden as close to zero as possible.

Again, let me stress the word legal. Although I don’t necessarily agree with the current income tax laws, I also don’t recommend breaking them. As long as you are taking legal deductions then you are completely morally justified.

There is one valid point made on the Punch Debt site about people donating worthless old crap and then assigning a value to it as if it were worth anything. This is obviously wrong and immoral. In fact, I covered this when I said you should take legal deductions. It’s not legal to lie about the value of what you donate.

I just wanted to be very clear that donating cold hard cash or items that have actual value gives you a legal and moral right to a deduction, while donating crap gives you neither.

Readers: Is it wrong to take a legal tax deduction when you donate to charity. Should you ever let the government keep more of your money than they are legally entitled to?