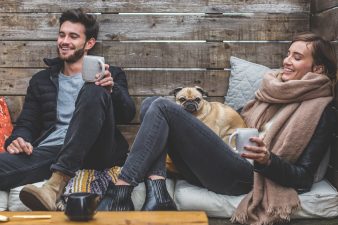 Many people believe to truly appreciate its value and purchasing power, money should always be earned. When money is earned, it is easier to understand the value in saving and/or investing it. However, the ability of one generation to sustain and pass on a family fortune to another is a quality that defines said generations. Accordingly, the young Generation Z stands to inherit $30 trillion in inheritance money from the Baby Boomer generation in the coming decades.

Generation Z is the global demographic of people between the ages of 18 and 22. Teenagers and young people. The Baby Boomer generation is the generation of people born between 1946 and 1964. Or, middle-aged and retirement age individuals. Generation Z, the precursor generation to Millennials, are not known for their financial acumen or saving for the future.

On the other hand, many consider Baby Boomers to have hard-working attitudes and mindsets for saving for the future. They might be the wealthiest generation demographic ever. Within the next few decades, over $30 trillion in inheritance wealth will transition from the Baby Boomers to their Generation Z beneficiaries. How they will use this wealth after the transfer remains to be seen.

Some experts believe that members of Generation Z may be in for a rude awakening if they are expecting massive fortunes in the future. There will be a transfer of wealth in the decades to come. That is certain. It happens all the time. The thing is that it does not always occur in a manner that is solely beneficial to the beneficiaries.

Many Baby Boomers might spend some of their hard-saved money on themselves. There is also the cost of living expenses inherent in post-retirement living. Estate tax obligations and legal fees will also strip a lot of money away from the that $30 trillion-dollar estimate. The point is that a lot of this money will not be just waiting for its young inheritors to collect and do with as they wish.

Baby Boomers and those leaving money to young relatives should prepare them to inherit wealth. Frankly explain how much they stand to receive to temper expectations. Advise them on the responsibility of saving and investing wisely. It is also not a bad idea to donate to charity, to illustrate the benefit of giving. Money should be earned. But a lot of people get their wealth from inheritance money. Even then, we can all impart lessons in financial responsibility.