Investing In Marijuana Could Be a Real Buzzkill 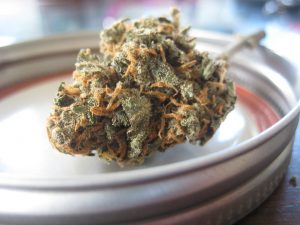 Although still illegal on the federal level, marijuana has become decriminalized on the city and municipal level in many areas. The advent of the entrepreneurial marijuana industry is a testament to this fact. About 31 American states and counting have legalized marijuana for recreational and/or medicinal use. The legal marijuana industry is set to make about $14 billion in profits in 2019.

Investing in Marijuana? Here’s What You Should Know

Once a taboo topic, marijuana use and investing opportunities have become a mainstream cultural phenomenon. New marijuana dispensaries open every day. Amazingly, there is a sub-industry of marijuana edibles, marijuana-infused pastries, and candies, available for consumers who don’t like to smoke. Slowly, but surely, marijuana is becoming a business. The country of Canada also recently legalized marijuana in preparation of impending international investment opportunities.

In the United States as well, investing in marijuana has become a sexy and adventurous form of investing. You can invest in the stocks of medicinal and recreational marijuana industry producers or small businesses. However, where there is a foggy and pungent haze of smoke, there may be fire.

Depending on the state, a gram of marijuana can cost as much as $30 or as low as $6 a gram. The better the quality, the higher it will cost. While this is great for bureaucratic taxation revenue projections, most consumers may just continue to buy black market marijuana. That will affect your bottom line if you invest.

In some states, demand projections are not meeting the reality of supply sales. In May 2018, the state of Oregon made national headlines for having a one million pound oversupply of industrial marijuana that went unsold. The price for a gram of marijuana fell from $15 a once to under $7 an ounce in the state at the time.

Oregon didn’t limit the number of legal, licensed marijuana growers who would be able to grow marijuana and sell it to the state. At the time, this action was executed in a bid to undercut the black market and ensure the viability of legal marijuana. The opposite happened. The production of too much weed drove down demand and prices.

Federal, city and municipal regulation may also hamper the success of legalized marijuana. Some states place a limit on license issuances for marijuana growers and businesses. Other states allow the sale of marijuana edibles while others do not. While many consumers can buy marijuana openly, many hotels and establishments do not allow them to smoke on business premises.

Legal marijuana is here to stay. Yet, it may be a while before regulations, rules, and ordinances against the drug unify and streamline nationally in a way that does not hinder profiting.

Do your research. Just because you are investing in weed does not mean you will get rich quick. There are many regulatory, legal and bureaucratic obstacles that can depress your ROI expectations. Marijuana is finally becoming legal. That doesn’t guarantee you will ride an investment high.

What do you think about investing in marijuana? Share your thoughts in the comments below.