A Crappy Economy is Great for Paying Down Debt

If there’s one thing a terrible economy is good for, it’s paying down debt.

Despite having a net worth of over $20,000, I still have tens of thousands of dollars in student loan debt. Most people don’t understand why I would choose to keep student loans when I have the ability to pay them off, but it’s really simple. When you can invest money at a higher rate of return than the interest rate on your debt, you’re making money.

The Europe debt concerns, a faltering American economy due to terrible economic policy coming from our president, and my own personally aggressive investing style have combined to form a massive ball of suck in my investments. I’ve lost enough money in the market this year and I’m ready to get returns elsewhere.

While I am still investing in my 401k to take advantage of low prices in the stock market, I’m not putting any additional investment into the stock market. I need reason to believe the economy will turn around, and the earliest I can see that reason coming along is November of 2012. That means I need to find somewhere else to invest my money for the next 14 months.

Paying Down Debt is a Guaranteed Return on Investment

Being in debt sucks pretty hard, but if there’s one positive aspect, it’s the fact that paying down debt is a guaranteed return on your investment. 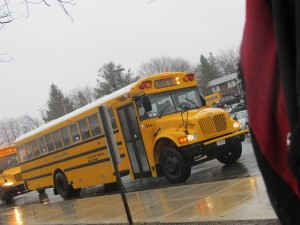 If I had continued to make minimum payments on that loan until I had the entire balance paid off, I would have paid $938.40 in interest. That means future Kevin is about $1k richer. Take that student loans!

In addition to saving money in interest over the course of the loan, I’ve also improved my cash flow by $63.64 a month. Where I was spending that much every month to pay for the loan, I now have more in my pocket after all my bills are paid. Sure it cost me almost $5k to increase my cash flow by only about $60, but when you realize I had about eight more years of paying that crap, it really adds up.

For many of you out there with student loans, there’s another variable you need to consider in the equation of paying off your student loans. Interest on student loans is tax deductible, but only at certain income levels. You can deduct 100% of student loan interest (up to $2,500) if you’re making $60,000 a year or less. You can only take a partial tax benefit if you make between $60k and $75k. If you make over $75k, you get nothing!

I didn’t personally take that into account because, when you add up all the money at make at my day job with what I get on this website, I’m somewhere in that range. I honestly don’t know if I’ll be over $75k or below $60k, so I can’t plan for that benefit if I don’t know if I qualify.