A Sick Pet Can Be Very Expensive

I was at my girlfriend Tag’s house last night, and her mom was telling me about how one of their cats has bladder stones. Poor kitty!

There are two ways to potentially cure the animal. The first is to put it on a special diet and hope they go away. If that doesn’t work, the only other option is surgery.

Pet Surgery is Not Cheap

As soon as Tag’s mom mentioned surgery, I cringed. According to this website, feline bladder stone surgery costs just under $1,000! And while nobody likes to think about it, the third option is to put the animal down if surgery is too expensive. The question in my mind became, “How much should you pay to fix your pet?” 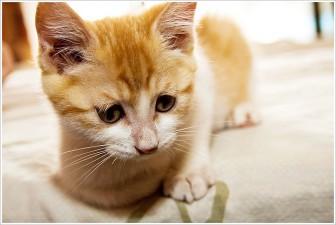 This is a hard question to answer because there are so many different types of illnesses and at many different costs. Is the animal going to need repeated, expensive treatment, or will one large expense fix him or her forever?

Then there’s the question of the financial situation of the pet owners. If you have money saved up and it would make you happy to fix your pet, then go for it. If you’re in debt, and you’re only going to go deeper by paying for your cat’s surgery, well, that’s something I personally would never do. In fact, I think it’s financially pretty stupid to have a pet in the first place if you’re deep in debt; taking care of an animal properly can cost a lot of money.

There’s also the option to get pet insurance, but it sounds like a big fat scam to me. This website offers pet insurance starting at $12 a month, but it also says their plans have deductibles up to $1,000. To get a plan with a reasonable deductible, who knows how much it’s going to cost? Then if you have multiple animals, are you going to insure all of them? You could easily be talking $100 a month in PET INSURANCE! That’s insane!

Watch Out For Your Relationship!

One of the biggest issues I encountered with Tag last night was the discussion we had later about the surgery. I came at it from the “you can always adopt a new cat” perspective, and she used the “a pet owner has a responsibility to that animal!” line. After a little discussion, we found some common ground with the decision being a combination of price, how much longer the animal could potentially live, quality of life, financial situation, and other things.

But I want to be clear, this had the potential to be a serious disaster! Here are a few tips to ensure your relationship can survive a fight over spending hundreds or even thousands of dollars on pet surgery.

If I had a pet, and I didn’t have a girlfriend to influence my decision, I think my pet surgery limit for a sickness (not getting spade, neutered, or declawed) would be:

This also assumes I have a positive net worth and a handle on my finances. If I’m broke, then I’d send a sick pet to the pound. Not because I don’t want the animal to survive, but I want myself to survive more.

And of course, if I were married and my wife had a different idea, I’m sure these would change.

What’s your limit? Does your limit change based on your significant other?