Your Guide to Cryptocurrency and Why It Will Never Replace Money 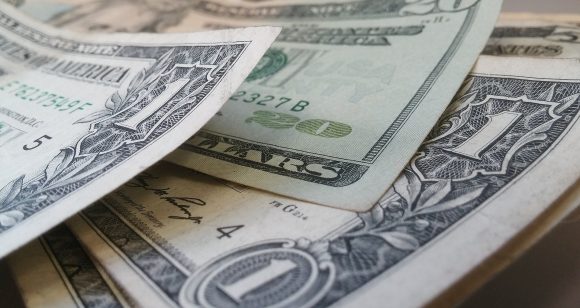 Over a decade ago, no one had never even heard of cryptocurrency. Now there are over 2,400 cryptocurrencies and counting. Major governments and regulatory bodies are extremely concerned by the decentralized nature of cryptocurrencies. Even with the continuous decrease in value, many fear that cryptocurrencies may one day destabilize the current fiat currency global infrastructure. Or, even replace money as we know it. However, this is unlikely.

What Exactly Is Cryptocurrency?

Cryptocurrencies are virtual currencies, or digital versions of money. It’s best to think of them as digital assets that you can exchange. They are created through the use of advanced computer algorithms. Encryption processes, also known as cryptography, protect the online creation and transfer of cryptocurrencies. This is how cryptocurrencies get their name. The process is a lot more complicated than I am giving it credit, but these are the basics.

A fiat currency is the kind of money you have in your pockets or in your bank account. Fiat currencies are monies that a government has declared to be legal tender for use in transactions. That is why fiat currencies are regulated and controlled by governments and monetary agencies like central banks, unlike cryptocurrencies.

It takes time, money, legislation, and widespread public acceptance to modernize and change an infrastructure on a global scale. The world will run out of oil in about 50 years and coal in about a century, for example. Yet, the advent of hybridized and fully electric cars has yet to supersede the global, fossil fuel powered car manufacturing infrastructure as we know it.

Many cryptocurrency companies are trying to create a globally acceptable transaction infrastructure on par with fiat currencies. Yet, there are over 2,400 cryptocurrencies in existence. Would there be an acceptance for a singular type of cryptocurrency or 2,400? How would that happen and who would decide?

Japan is the only country which has hinted that it may allow Bitcoin to be used as a form of legal payment. Even then, this idea has only been speculation. No government or central bank in the world will voluntarily cede their centralized authority to issue fiat currencies, especially to a decentralized monetary infrastructure where anyone can make cryptocurrencies. Why would a government or central bank cede such power?

Money Is Here To Stay … For Now

It can be said that the world as we know it is slowly becoming a cashless society. After all, we have digital bank accounts and e-payment systems. Such innovations are infrastructure evolutions of fiat currency transactions, however. At present, both cryptocurrencies and fiat currencies exist together.

Popular culture accepted cryptocurrencies and institutionalized fiat currency systems have yet to cancel out one another. Until a globally viable cryptocurrency transaction system overtakes fiat currencies, and governments cede the authority to make money, we can rest assured that cryptocurrency won’t be replacing money any time soon.

Do you think cryptocurrency can replace money? Let us know in the comments below.

Debt Advice: Avoid Digging a Debt Hole
Millennials Are Saving Money But Still Aren’t Investing
5 Great Tips For Getting and Staying Out of Debt