Do the Right Thing: Pay Your Mortgage

There was a time when a man’s word was as good as gold.

Fast forward to today when a good amount of people, including one of my favorite personal finance bloggers, don’t even feel compelled to pay someone back on a home loan worth hundreds of thousands of dollars.

There’s no doubt it can make great financial sense to default on purpose; some people are so underwater on their mortgages that it would save many thousands of dollars a year to walk away and rent a similar place.

But is it “right”? Are you morally justified to walk away from a mortgage?

It is Immoral to Lie

Any time you borrow money from a bank, you sign a contract. In signing that contract you are making a promise to the bank to abide by the terms set forth in the contract.

If you don’t follow those terms, then you lied to the bank by signing that document. Here are a few examples from a mortgage document of the legal jargon that you agree to when you sign a mortgage:

Where you agree to pay back your loan in full if you default on repayment of the loan:

Should any default be made in the payment of any amount due under, or in the performance of any covenant of, this Mortgage then all sums due hereunder shall, at the option of the Lender, without notice, become immediately payable thereafter, although the period above limited for the payment thereof may not have expired, anything to the contrary notwithstanding, and any failure to exercise such option shall not constitute a waiver of the right to exercise the same at any other time with respect to the same default or any subsequent default.

Where you agree to pay back your loan in full if sell the home and/or you stop living there (including eviction):

The Borrower agrees that if all or any part of its interest in the Property is sold, transferred, mortgaged or otherwise conveyed, voluntarily or involuntarily, either while the Borrower is living or upon the death of the Borrower, or the Property ceases for any other reason to be the Borrower’s principal place of residence this act shall be a default and Borrower shall repay the Lender (unless the Lender otherwise agrees in writing not to require repayment) the full amount of the outstanding indebtedness under the [Note][Subsidy]…

Every mortgage has language such as these sections. If you sign a mortgage, you agree to pay back the entire principle of the loan plus interest agreed upon at the time of signing. To say you’ll do this, and then choose not to at a later time, is immoral.

It is Immoral to Steal

If you take out a $300,000 mortgage, I think it’s pretty clear that you owe the bank $300,000 plus interest applied at the rate you agreed upon. If you give the bank any less than that, it means you stole from them. Let’s look at an example. 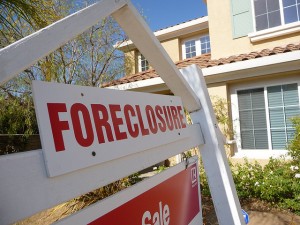 You take out a mortgage for $300,000 to buy a house today. Now pretend tomorrow your house is only worth $250,000. Some people would argue that you can just stop paying your mortgage and give the house to the bank, and you’re all square, but that doesn’t sound right to me.

Let’s flip the scenario around. Pretend you borrowed $300,000 to buy a house today and tomorrow it’s worth $350k. Does the bank have a moral right to take the house from you at $300k and sell it to someone else at $350k? Of course not.

When you buy something, even if you borrow money to do it, you have a right to earn a profit. But you also have to take financial responsibility if your investment doesn’t work out and you end up with a loss. To force someone else (the bank in this case) to pay for your investment losses against their will is the definition of stealing.

I know what some people are going to say. They will try to justify the immoral behavior.

“The banks screwed us, so now we’re gonna screw them!” or “If they lose enough money, my taxes are just going to bail them out anyway.”

But these are non sequiturs. Whether or not a bank has engaged in immoral business practices and/or has accepted bailout money is irrelevant to the issue at hand: whether or not walking away from a mortgage is immoral. Stealing money from a bank (even one that received bailout money) is stealing, and lying (even on a mortgage contract) is lying.

And (going slightly off topic here) if you are one of those people who thinks people not only can, but SHOULD screw big banks, then you’re a walking contradiction. You hate these banks for screwing people out of money while at the same time you are screwing people (employees and shareholders of that bank) out of money. Taking your business elsewhere is a perfectly moral and rational response to a business you don’t like, but intentionally defaulting and stealing from them makes you just as bad as the big nasty banks.

To finish the argument, I’m not suggesting that defaulting on a mortgage despite your best efforts to make payments is immoral. I understand that when faced with the choice of feeding your family or paying your mortgage, you should obviously feed your family.

The key is to put forth a serious effort to pay your obligations. Call the bank and try to renegotiate terms that you can both agree upon. Look into working some overtime or getting another job. Maybe you can rent out a spare room. If you’ve explored every option and still can’t pay your mortgage, then that’s not immoral; it’s just an unfortunate situation and I hope you get back on your feet soon.

What do you think? Do you consider signing a contract and then intentionally not following it lying? Do you consider leaving someone else on the hook for you investment loss stealing? Why or why not?