When you are a politically active person in the United States who doesn’t identify with the Republican or Democrat party, those in one of the two main parties have a very hard time understanding you.

People have called me everything from idealistic or impractical to stupid or crazy. They don’t understand why I wouldn’t be willing to align myself with one of the two largest parties, just picking the one that is closest to my beliefs, and get behind it 100%. I certainly wish I could, but there is one platform that both parties support unequivocally and without reservation: violence against people who don’t agree with them.

That’s right. Republicans and Democrats both believe that if you aren’t willing to do what they think is “right”, they will initiate violence against you. If you disobey them enough, you will literally find yourself with a gun aimed directly at you for disobeying them.

This isn’t some secret conspiracy or some grand revelation; this is the life we live in today. Republicans and Democrats believe in physical aggression against anyone who doesn’t abide by their laws. A libertarian believes physically aggression is never appropriate unless it is in defense of life, liberty, or property.

Is The Government Really Aggressive?

This is where I’m going to get disagreement from any non-libertarian. The government does a lot of stuff, and you do not get to choose if you agree with it or not. They decide something should be done and then force you to pay for it (through taxes).

As a libertarian, I believe in the non-aggression principle (that you should never harm another person or their property, unless you are acting in self defense).

Is the government truly “aggressive”? Well, what would happen if you didn’t pay your taxes?

First the IRS would call you and inform you of all the fines you owe for not paying. Continue to refuse to pay, and eventually the government will show up to your house with an arrest warrant and a bunch of guys with guns, coming to take you to jail for a felony charge of tax evasion.

If you resist arrest, they will do whatever it takes to get you. They will harm you physically, beat you, and they will certainly shoot you if you try to defend yourself with a firearm of your own.

Every law they pass, every program they create, and every tax they impose on you is enforceable through violent aggression.

“Good” Programs are No Excuse for Violence

As I stated before, the government will initiate violence against me if I refuse to pay taxes to support food stamps. This is not an opinion or conjecture; this is a fact.

Some might say, “Food stamps are a good cause, so you SHOULD be forced to pay for it.”

The government isn’t the only organization that helps hungry people eat. Food banks here in North Texas alone feed thousands of people with donations from individuals, corporations, and a heck of a lot of volunteers. They do a great job and feed a lot of people.

But what if their donations dried up? Should the North Texas Food Bank be able to show up at my door with guns and armor and demand that I “donate” money so they can continue their charitable work in the community? I doubt there’s a single person reading this who thinks the North Texas Food Bank should have that right, so why should the government?

Do I Agree With [insert law]?

I would encourage everyone to take a second look at certain laws or policies that you support at the federal level with the following question in mind: 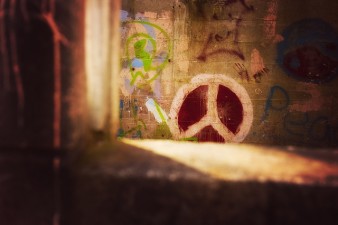 “Am I comfortable with the fact that the government will initiate violence against US citizens if they are unwilling to fund this program or abide by this law?”

When I ask myself this question, I am very comfortable with the government initiating violence against murders, burglars, and rapists. These people deny someone else’s right to life, liberty, or property.

Readers: What is your guiding principle that helps you determine if you whether you agree with a law?