The Free Market Can Fix Healthcare

You may have read in the news that the Obama administration is delaying implementation of portions of Obamacare because they are too complicated and are simply not ready to go into practice on the timelines originally passed in the law.

While some portions are being delayed, other parts of the law are in full effect already. Now I’m just wondering; have you seen your health care costs decline? I know I haven’t. I tried to find data on the subject but it seems like liberal website are saying costs are declining (or at least increasing less than they were pre-Obamacare) and conservative websites are saying they are going up. Since I don’t know who to trust, I’ll just go with my individual experience.

My insurance costs jumped substantially last year, and everyone else I know had the same experience.

Maybe big government isn’t the solution to every problem. Maybe the free market can fix something, even as complicated as health care, better than government can.

In Oklahoma, a new surgery center posted prices online and refused to accept Medicare or Medicaid (not because they have anything against people that use those government programs, but because those programs do not reimburse hospitals if they post their prices online).

And guess what: these prices aren’t just a little cheaper than traditional hospitals. Take a look at some of the examples from this article: 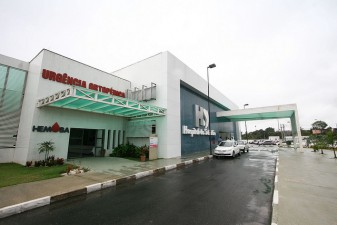 PBS reports that the total average health care costs for each individual in the US is $8,233 per person. If we reduce that by 75%, that means every person in the country has another $6,000 to spend on something else.

Sure some hospitals and insurance companies would go out of business because they are inefficient and people would lose their jobs. But imagine how many other jobs would be created in different sectors if people had extra money to spend or invest elsewhere.

But They Are Just Servicing Rich People…

The main criticism of this type of medical facility is obvious. It would sound something like this:

“The difference between this place and other hospitals is that you’d be turned away if you couldn’t pay. At most hospitals, they overcharge the paying customers because they still service the people who can’t pay. If all hospitals did this, what would happen to poor people who can’t afford thousands of dollars for surgery?”

First: many working class people would be able to afford that kind of surgery if they weren’t paying so much for medical insurance. Instead of paying an insurance company $5,000 a year (who keeps the money if you stay healthy), people can save $5,000 a year and only use it if they need to.

Second: the more hospitals that do this, the lower prices would go. Hospitals would have to start competing for business (which has already started happening in Oklahoma) and everyone would lower their prices. Health care becomes even cheaper.

Third: for those who still can’t pay, there is charity. According to Wikipedia,

In 2012, the [Catholic] church operated 12.6% of hospitals in the USA, accounting for 15.6% of all admissions, and around 14.5% of hospital expenses (c. 98.6 billion dollars). Compared to the public system, the church provided greater financial assistance or free care to poor patients, and was a leading provider of various low-profit health services such as breast cancer screenings, nutrition programs, trauma, and care of the elderly.

When the nation is wealthier because we save hundred of billions of dollars on healthcare, people and churches can donate even more money to charitable hospitals.

When people don’t see how much something costs, they don’t care what it costs. When I get my annual physical, I don’t care if my doctor charges my insurance $10 or $10,000, as long as I don’t pay anything out of pocket.

But when I have to pay for it myself, I care immensely. So does everyone else.

When healthcare is cheaper, we all have more money to save for retirement, buy a new house, or whatever else we want to do to meet our financial goals.

Readers: Do you believe the free market can fix healthcare?