Inform Yourself and Go Vote

There is a presidential election and there is a lot at stake in this election cycle, and in most states you have four people to choose from.

That’s right, there are four people to choose from.

You Have Many Presidential Candidates

Did you know there is a candidate who believes that a college education is a RIGHT and that college should be free for anyone who wants to attend? That would be Green Party candidate Jill Stein (although I’m not sure where all this money would come from).

Did you know there is a candidate who believes that we should completely abolish the IRS and wants to allow you to keep every dollar in your paycheck (and pay one national sales tax as outlined at the Fair Tax website)? That would be Libertarian Party candidate Gary Johnson.

Did you know there are two candidates who support the PATRIOT act, supported the Wall Street Bailouts, and believe the president should have to power to assassinate US citizens abroad if they are only SUSPECTED terrorists? Those would be Barack Obama and Mitt Romney.

Inform Yourself Before You Vote

There have been five televised presidential debates this year. Three between Mitt Romney and Barack Obama, one between Paul Ryan and Joe Biden, and another between Gary Johnson (Libertarian), Jill Stein (Green), Rocky Anderson (Justice) and Virgil Goode (Constitution). 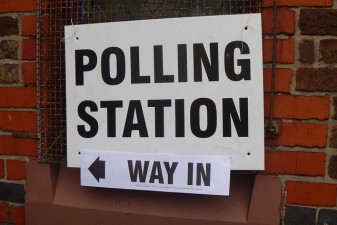 Mitt Romney and Barack Obama were invited to participate in the Free and Equal debate so Americans could compare all the candidates amongst each other, but neither felt it was important enough to show up.

All five of these debates are archived on Youtube and it just takes a quick search to find them.

There is another debate at 9pm ET tonight (November 5th) between Gary Johnson and Jill Stein, and if you haven’t done your research then I strongly recommend watching this final debate. You can watch it at the Free and Equal website.

Once You’re Informed then GO VOTE!

Our sixth president John Quincy Adams once said, “Always vote for principle, though you may vote alone, and you may cherish the sweetest reflection that your vote is never lost.”

I’ve been doing research on candidates for a long time and I already voted early. I voted for Gary Johnson because I agree with him more than I agree with any of the other candidates.

No matter who you think would be the best president for our country, it is important that all informed persons go vote. The next president will impact the state of the economy, how much you’ll pay in taxes, and generally how much the federal government is going to involve themselves in your life.

Readers: Are you voting this year? How do you feel about this year’s slate of candidates?