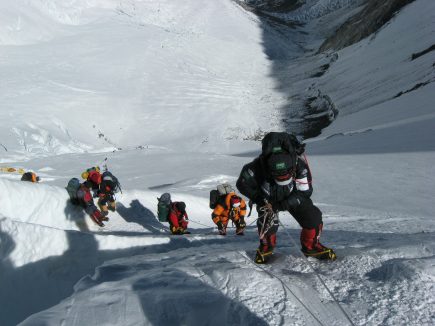 Most people take a vacation when they just can’t take it anymore. Sometimes, vacation is a way for people to decompress emotionally from the stresses of work. The idyllic image that comes to the mind for most people when they hear the word, “vacation,” is of someone lounging on a beach with sunglasses. Still, other people see a vacation as a chance for adventure.

As a chance to experience another culture, to encounter the unexpected, and to generate bragging rights when they come home. But adventure comes with a cost. The average American family spends about $5,000 to go on vacation. Some even go into debt, to the tune of $1,100. Then there are people who want to experience danger when they travel. Like people who skydive or base jump.

Or who travel to dangerous locations. I used to think that was crazy, but as I get older, I am beginning to understand it.

Being a writer, there are several places I would like to see, out of curiosity. I feel guilty because as an American, I know I can visit dangerous situations and leave, unlike the people who live there. I don’t have the money or security protection to do so, but a part of me wishes I could see Iraq, North Korea, Iran, or Syria. That is if they weren’t inhospitable to Americans or cruel, lawless war zones.

Why? Those countries, and others, are so inaccessible to the rest of the world, they may as well be on other planets. Of course, there is a reason, but that doesn’t absolve curiosity. Reality does that well enough. It’s kind of like when someone says that they want to climb Mount Everest. It just doesn’t sound like a serious goal. You must have Olympic-caliber stamina and tens of thousands of dollars. Yet, a lot of unqualified people climb Everest when they could probably put their money to better use.

Everest is 29,000 feet above sea level. That’s 5.5 miles straight up, where commercial airliners fly at cruising speed. Its summit resides in the “death zone.” There isn’t enough oxygen at that height to sustain the human body’s functions. The human body begins dying the longer you stay in the death zone. You could have a heart attack or become severely ill.

Some people say that climbing Mount Everest is like, “running on a treadmill and breathing through a straw.” At that height, you’re breathing 1/4th of the oxygen available at sea level. Also, while you can climb Everest in a day, it takes weeks for your body to acclimate to the thinner air. You will spend weeks at base camps of varying altitude, so your body gets used to the thinner air before climbing the summit.

Even if you are physically ready to climb Everest, (you are not), you could die waiting in line to climb the summit. Most people climb Everest via Nepal, which handed out less than 900 climbing permits at $11,000-a-pop this year. Everest’s summit is safely accessible, relatively, in May for a few days. So, hundreds of people climb at the same time.
Over 300 people have died climbing Everest since 1953.

In May 2019, 11 people died. Some of them never climbed a mountain before and didn’t even know how to use their gear. People died in climbing traffic jams, waiting to summit. Also, when you die on Everest, where you die is your eternal resting place.  It can take a day for a team to remove one body from the death zone. Those who do so risk their own lives. It can cost anywhere between $30,000 to $70,000 to remove each body.

Special structural rigging must be constructed during ascent and descent, further endangering lives. There may be 200+ bodies on Everest.

You can pay a climbing company $130,000 for a VIP package to assist you in climbing. Meaning, they will pay the permits, hire Sherpas or mountain guides to carry your gear, make you comfortable, and practically carry you to the top. Most people pay anywhere between $25,000 to $85,000 to climb Everest.

If you have $25,000 to $130,000 to pay for a vacation, go somewhere you may come back from. The temples at Angkor Wat in Cambodia are amazing. Also, the currency exchange rate will allow you to do anything. Or, buy a car or put a down payment on a house. Get a financial advisor to put the money in high-yield bank accounts or some good investments.

I don’t recommend trying to climb Everest if you take an elevator to avoid climbing stairs for three floors. Its too much money for bragging rights to an adventure you may not survive.