At some point in your life you may have come across a little post about how if we would just pay teachers as if they were babysitters, they would be some of the highest earning professionals in the country. 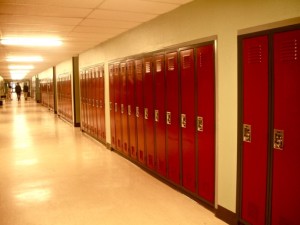 I’ve heard many teachers use this analysis as evidence that they aren’t paid well enough. For those who haven’t read it, here it is (author unknown):

Teachers’ hefty salaries are driving up taxes, and they only work 9 or 10 months a year. It’s time we put things in perspective and pay them for what they do – babysit.  We can get that for less than minimum wage.

However, remember they only work 180 days a year. I am not going to pay them for any vacations.

Wait a minute — there’s something wrong here. There sure is.

Well now that I’ve lived in my house for a year and have paid my property taxes for the first time, it made me think about this little story.

This story makes me angry because it leaves out the fact that millions of people (like me) every year are paying hundreds or thousands of dollars in taxes for schools, and we don’t even have kids. If we are going to base teacher pay on how much it costs to babysit children like this author suggests, then I should be paying $0 since I am not asking the school district to babysit any kids.

And to clarify, I understand that there is benefit to living in a place where children are educated. I’m just addressing this unknown author who wants to talk about paying for babysitting.

Let’s Do The Math

According to this story, a parent should pay $19.50 per day directly to the teacher for each child they have in school. The story also says teachers work 180 days a year. That means the teacher should be paid $3,510 for each kid during a school year. At 30 kids per class, that comes to $105,300 per year.

Well I was looking at my property taxes for the year, and guess what? It turns out I paid $2,860 to my local public school district over the last 12 months. And my house is probably $75,000 or $100,000 below the median home value in my city. That means a lot of my neighbors are paying something as much or more than that $3,510 amount.

And guess what? I don’t have any kids.

I paid almost $3,000 to my local school district this year not for teaching my kids. Not even for babysitting my kids. I paid that money for other people’s children.

Let’s Look at the Real Numbers

However, I realize teachers aren’t the only expense for a school district. Let’s say the district uses half that money (or $62.7 million) to pay for school buildings, utilities, supplies, administrators, etc. That still leaves each teacher making an average of $92,848.

Too bad that number is far from reality. I found one source that says teachers in my school district make an average of $47,888 a year.

This “Pay Teachers Like Babysitters” story makes me angry because it is directed towards the general public, as if people aren’t paying enough in taxes to give teachers good salaries.

I’ve been paying property taxes since I was 19 years old (I wasn’t paying them directly when I rented apartments, but the taxes were definitely built into my rent) and I’ve yet to even think about putting a kid in a public school. I bet I’ve paid anywhere between $15,000 and $30,000 over the last ten years directly to local public schools.

Then I’ll probably have a few kids in public schools for about 15-20 years, and then once my kids graduate and leave the school system, (when I’m around 50 years old) I’ll be paying thousands of dollars to the local school district for another 30 or 40 years without having any children in school.

Before I die I will have paid hundreds of thousands of dollars directly to public schools through taxes. I say that’s enough.

There are also people who never have kids, or those who pay for private schools. Those people will pay all this money without ever having a child spend a day in a public school.

In conclusion, if teachers in my local school district want to get paid more then I would encourage them to ask for a bigger piece of that $125 million pie instead of asking me and all my neighbors (many of whom don’t even have kids in public schools) to pay more taxes.

Here are a few more of my posts on teacher pay. This is an interesting topic for me since my mom, father-in-law, and sister-in-law are all teachers.

Readers: We haven’t touched this subject in a while. How do you feel about teacher pay?