Want a Job? Get an Engineering Degree

If you listen to conservative talk radio or read conservative opinion blogs, you probably saw a lot of criticism directed towards President Obama yesterday for blaming the high unemployment rate on technological advances in business. Here is the quote from Mr. Obama that was widely reported by conservative slanted media.

The other thing that happened though, this goes to the point you were just making, is there are some structural issues with our economy where a lot of businesses have learned to become much more efficient with a lot fewer workers. You see it when you go to a bank you use the ATM, you don’t go to a bank teller. Or you go to the airport and you’re using a kiosk instead of checking in at the gate.

Conservative folks took this and ran with it. They are trying to make people believe that Obama is blaming unemployment on ATMs. For example here. Or here. Or here.

Notice that in all of those anti-Obama blogs and articles, people fail to include the second half of his statement. It reads as follows:

All these things have created changes in the economy, and what we have to do now, and that’s what this job council is all about, is identify where the jobs of the future are gonna be, how do we make sure that there’s a match between what people are getting trained for and the jobs that exist, and how do we make sure capital is flowing into those places with the greatest opportunity?

I’ve made it very clear in the past that I’m not a fan of Mr. Obama. I think he screwed up big time on health care and I hate his out-of-control government spending. I don’t think he’s a good president, and I will vote for any republican candidate over him in 2012.

But I’m not going take a coherent, valid statement of his, cut it in half, and then tell the world he’s an idiot.

Obama’s main point was that we need to educate more engineers in America to design ATMs and Kiosks and the technology that will replace those things in the future. This is what should have been in the news. A constructive idea that both liberals and conservatives can support.

But some stupid conservatives would rather focus on half of the statement and turn this constructive idea into a destructive attack. Now instead of spending time focusing on how to educate more engineers, these conservatives have created a fight out of nothing.

I hate stupid partisan politics. Check the news media tomorrow for a conservative who will defend Obama’s true statement and call out the liars who chopped up his statement, twisted his intentions, and erroneously painted Obama as an economic imbecile.

You won’t find it. The only place you’re going to get that kind of objective, non-partisan commentary is right here.

Now let’s talk about this Job Council’s recommendation or educating more engineers and see why it’s such a darn good idea.

American Engineers Have Jobs in this Recession

The point Obama was making with this Jobs Council is that the unemployment for engineers is very low (4.5% in 2010) and that we need more engineers to drive innovation and create new jobs in the future. 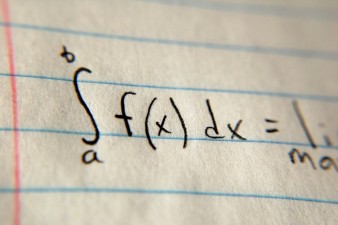 There’s a great article in Computer World (not surprisingly a non-political website) about how Obama’s Job Council plans to increase engineering graduates without spending much taxpayer money and relying on the private sector.

I love that this program is putting the onus on the private sector. I just wish Mr. Obama would take this approach more often.

Right now America graduates more visual arts and performing arts majors than we do science and engineering majors. This is disgusting. I have degrees in Math and Electrical Engineering. I also have a steady job that pays well. Coincidence? I think not.

But there isn’t equitable job availability and pay. I knew that I could either be a starving artist, or a wealthy engineer who moonlights as an artist. I chose the latter.