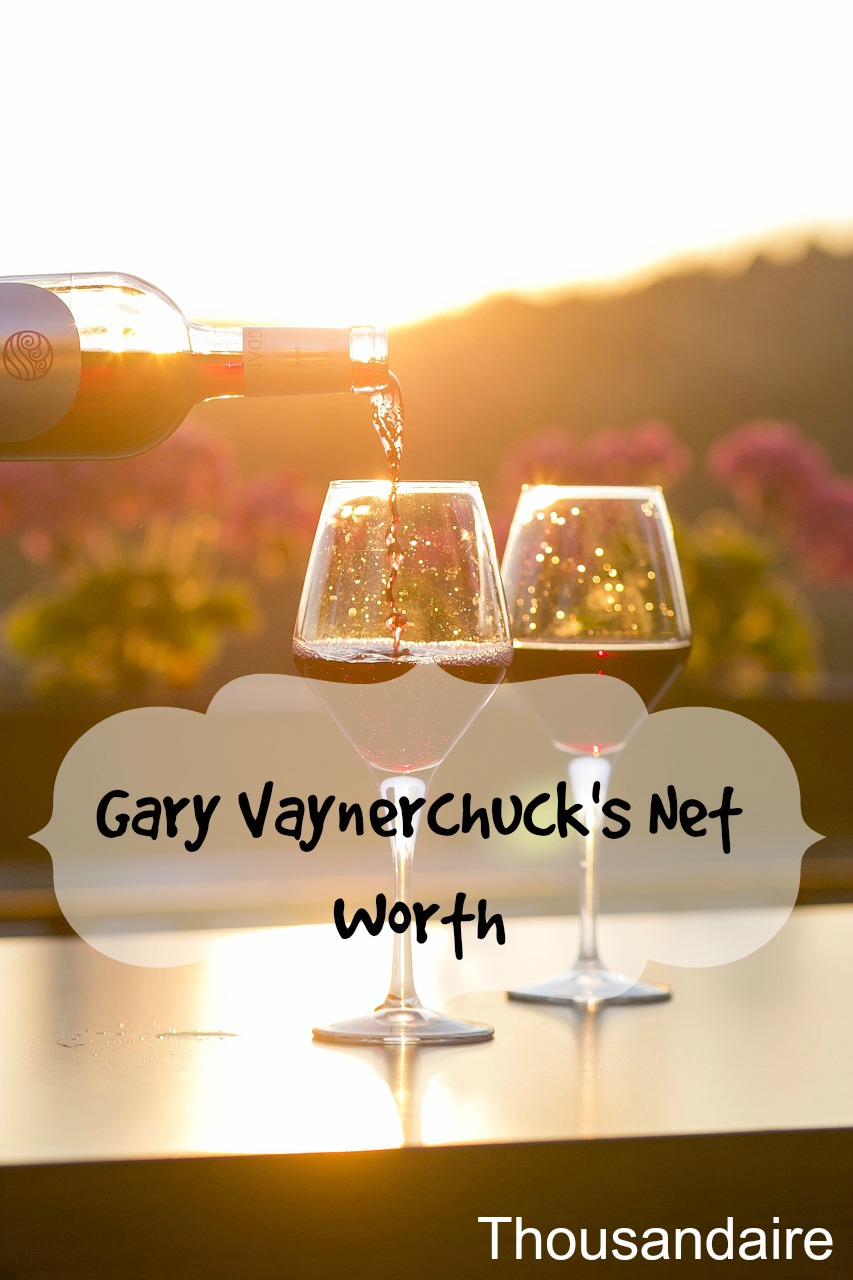 If you swear enough that a sailor would blush, don’t sleep more than 2 hours a night, and run a multi-million dollar company, you may be Gary Vaynerchuck.

Love him or hate him this man knows what he is doing and doesn’t care about you. He is on a mission to grow his businesses and anyone who says they can’t do it he doesn’t have time for.

But how did he get his start? And what is Gary Vaynerchuck’s net worth?

But, he didn’t stop there. He opened his own media company, called VaynerMedia, that helps people do their business what he did for his. This company has worked with large brands like Diageo (Johnnie Walker), Pepsico, and Budweiser.

While running 2 different companies he also managed to write several books Crush It!, The Thank You Economy, Jab, Jab, Jab, Right Hook, and #AskGaryVee. Not only did this provide a cheap way for his fans to get access to him, it also leads to more money in his pocket, increasing his net worth and brand.

Though accounts vary it’s safe to say that Gary Vaynerchucks net worth is $200 million.This was grown over the course of many years, businesses, speeches, and books.

What Gary Vaynerchucks Net Worth Teaches Us

We can learn so much from Gary Vaynerchuck that he was able to write several books, and likely will write several more. In the realm of us little Thousandaires though here is some takeaways.

If we have a good thing, don’t let that be the end of it. Gary inherited a multi-million dollar business then grew it. Maybe we receive something small from family, friends, or work. Do we use our bonus from work to go on a vacation? Or, do we start a business that will continue to make us money while we are sleeping? Do we spend our inheritance on a new house? Or, do we invest in index funds or rental property that will provide an income for years to come?

Gary is one man, there is no way he could continue to run all of these businesses by himself. He started that way, but once he got the process down he hired someone else to take over. If we run a business take good notes at how things are done. Once you get to the point where you need to hire someone give them those notes.

You probably won’t need as large a team as Gary Vaynerchuck. You could probably get away with a VA that just does some work for you now and then. But make sure you grow out your team in order to grow out your business. Without the man power, you can’t grow. No matter how good you are, you can’t do it alone.