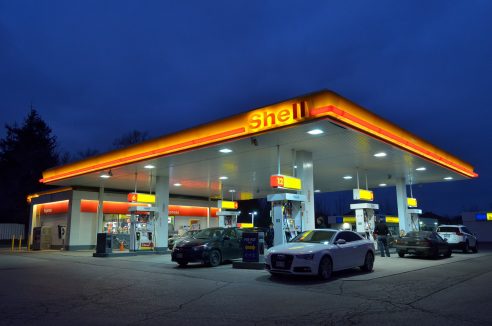 I’m from New York City, where people have paradoxical, near non-sensical relationships with cars. There are about 9 million inhabitants, and it seems like every person has two cars. The city has rush hour traffic jams that turn the streets into parking lots. Every car owner seems also to leave their car at home during working hours to take public transportation.

Why? To save on gasoline costs. So, what is the point of owning one, or multiple vehicles, if the aim is to only use them in the evenings and weekends to save on gasoline? Maybe this is the part where I say, “Only in New York!” but, I just don’t get it. I think people should have a car if they need it for family or work. If you want a vehicle for its own sake, or status, then you must factor in gas costs.

The average price of gasoline, which fluctuates daily based on supply and demand, is about $2.85-a-gallon. However, that cost changes according to state and region. Drivers in California are paying over $4-a-gallon. Meanwhile, drivers in Oregon, Washington, and Alaska pay over $3.40-a-gallon. New York City drivers pay about $3-a-gallon.

It’s within our control to buy a car, but not to control gas prices. Or is it? I recently received an email, forwarded by a friend, encouraging me to take part in a one-day boycott of a local gas station. The email claimed that gasoline consumers we can control marketplace prices, bringing them down incrementally, if drivers boycott in force. The email also claimed that drivers could target one oil company, and the gas stations it services, without increasing demand at competitors.

Additionally, competitors in the open-market never engage in price wars, so consumers have the upper hand in staging frequent, one-day boycotts of gasoline. The email seemed like a lot of wishful thinking without any statistical proof to back it up.

Nothing In Life Is That Easy

The global oil market is too ubiquitous and depended upon for it to be affected by you, a 100, 1,000, or 10,000 people not filling up for 24-hours. OPEC, oil companies and refineries calculate how much gasoline to sell based on supply and demand. There are over 7 billion people on Earth and over one billion cars. That means there is a lot of demand that won’t be affected by a one-day gas boycott by scores, hundreds, or thousands of drivers.

If you boycott one gas company, that could incrementally increase demand, and other companies will be incentivized to raise prices. In other words, if you boycott one gas station, the gas station across the street can raise their rates. They know lots of drivers with near empty tanks will need to gas up in a day or two. The same oil company may supply all of the local gas stations, making a boycott moot.

Every business in a perfect competition economy engages in price wars. A monopoly can charge what they want because there are no competitors. When a new restaurant opens on the block, other local restaurants may temporarily lower prices to force the new restaurant, which can’t afford to lower prices, out of business. Boycotting a gas station won’t affect prices at all, at least, not in your favor.

Drivers should calculate how often they drive every week and month to estimate and control gasoline expenses. Research which local, quality gas stations have the lowest prices. Those are more realistic strategies than believing you can affect a one-billion car-dependent global market by boycotting your local gas station for a day.