Why Lying On Your Resume Isn’t Worth the Shame 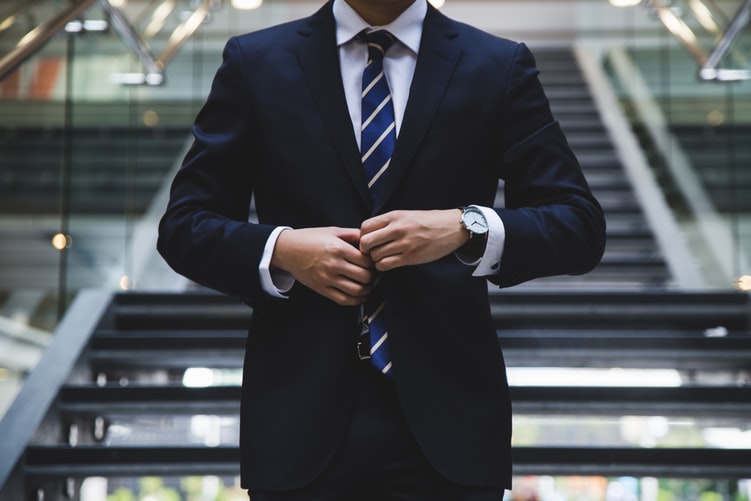 As George Constanza once said on an episode of Seinfeld, “It’s not a lie if you believe it.”

That’s the worst thing about lying, and habitual lying, in general.

You just end up lying to yourself more than to others, which was the original intent.

Lying, especially in a professional setting, just becomes a perpetual cycle of confusion and chaos with a pinch of idiocy.

After all, the more you lie, the more you must remember the accumulating lies, so you don’t accidentally out yourself as a lying liar who lies.

It’s always easier on your memory to just tell the truth. Telling the truth will also be easier for you as you try to live up to your job description.

Lying on your resume just isn’t worth it in the long run. You’ll get caught one way or the other.

Also, you’ll be lucky to escape from being revealed as a resume liar with just a wounded ego and a burden of shame.

Depending on the job and employer, you could be sued or even arrested for lying on your resume.

However, that doesn’t stop a lot of job applicants from trying. According to research by Monster.com, about 50% of all job applicants lie on their resumes.

What worse, lying on resumes is steadily becoming a cottage industry of scammers using near undetectable deception tactics.

Why is that? You can thank the unemployment rate and dearth of well-skilled job applicants.

Low Unemployment and the Opportunism of Resume Lying

The dirty little secret about the unemployment rate is that most of the jobs taken are low-paying, low-skilled, and part-time employment opportunities.

Meanwhile, there are a lot of vacant job openings that require highly educated and highly skilled applicants that remain unfilled.

Many of these jobs pay $100,000 or more. These include positions like hardware engineer, patent attorney, medical science liaison, pharmacist, supply chain manager, IT manager, and so on.

As a result, there is an entire industry of professional scammers who don’t just lie on their resumes, they fabricate entirely fake resumes to take advantage of desperate employers looking to fill vacancies for highly skilled labor.

I don’t understand why anyone would want to embarrass themselves, or a high-paying, powerful employer with access to highly paid lawyers, by lying on or fabricating a resume.

Here are some reasons why you shouldn’t lie on or fake a resume.

And if you have a particularly sparse resume, I’ll give you some hints on how to fill it out legitimately and impressively.

The biggest cost of being outed for lying on your resume is shame and being forced to resign.

Chang ignominiously resigned in November 2019 when it was revealed that she somehow gained employment in the State Department with an obvious and glaringly fake resume.

Astonishingly, Chang had neither the educational nor vocational skills to be employed by the State Department.

How Chang was able to professionally ascend to the State Department without anyone vetting her resume or looking at it and catching the obvious lies in it, is still unknown.

According to Glassdoor, the average salary for Chang’s position in the State Department is about $173,000.

Chang was responsible for overseeing a $1 billion budget for international development work in Asia.

Among the lies in Chang’s fabricated resume:

Claiming to be a Harvard Business School graduate. Chang doesn’t have a Harvard degree. She only attended a 7-week course in 2016.

Chang claims that she took a leadership course at Southern Methodist University in Texas. It’s a 6-week program that Chang apparently couldn’t be bothered to complete.

In a particularly embarrassing interview with Global Outlook, Chang presented a phony cover of Time Magazine with her face on the cover as a testament of her successes in non-profit humanitarian work.

Chang will have to live with this shame for the rest of her professional career. If that is not enough to dissuade you from lying on or faking a resume, here are some more reasons.

Think about it. If you manage to secure a high paying job with a phony resume, then get caught, you’ve put your employer in a tricky position.

They will look obliviously negligent at best or cooperatively culpable at worst.

Also, an employer’s professional reputation could be damaged for being duped into employing a woefully unqualified employee.

If you cause someone to be hurt, cause property damage, or damage professional reputations in the course of fraudulent employment, you could be sued by many parties, not just your employer.

Additionally, you could forfeit the right to a pension, worker’s compensation benefits, and the right to sue an employer if you’re outed as a resume faker. After all, you gained the position through fraudulent means.

Depending on the position, especially state and government positions, you could be liable to arrest for lying on a job application.

Loss of Certifications and Licenses

You could be stripped of any certifications and licenses gained through resume fabrication and fraudulent employment.

It’s one thing to lie on a resume to get a job, but it’s another thing to keep a job based on a lie.

You will invariably be presented with work and professional situations where you won’t have the skills or educational background to deal with them.

B.S. might get you to the top, but it won’t keep you there.

Thin Resume? Do This…

If you don’t have a lot of work experience or have gaps in your resume for various reasons, here’s what you can do.

Update your resume. What you did in high school isn’t terribly relevant unless you are young and have little experience.

Volunteer or pay for short-term courses to gain new skills or certifications.

Try to get consulting work based on your skills or experience.

Apply for part-time work. A lot of part-time jobs start out as full-time positions.

When it comes to lying on your resume, just remember – a lie is a lie, even if you believe it.

6 Mistakes to Avoid When Applying for a Loan

What Makes People Get into Serious Debt

How to Protect Your Money When Starting a Business

Spread the love
By Allen Francis|January 20th, 2020|Categories: Economics / Politics, General Personal Finance, Life, Personal Finance Tips|Tags: lying on resume|Comments Off on Why Lying On Your Resume Isn’t Worth the Shame