My first step in paying off student loans was to aggressively pay off my high interest debt. The next step was to make minimum payments while I (unsuccessfully) invested in the hopes of higher returns.

The third and final step was: 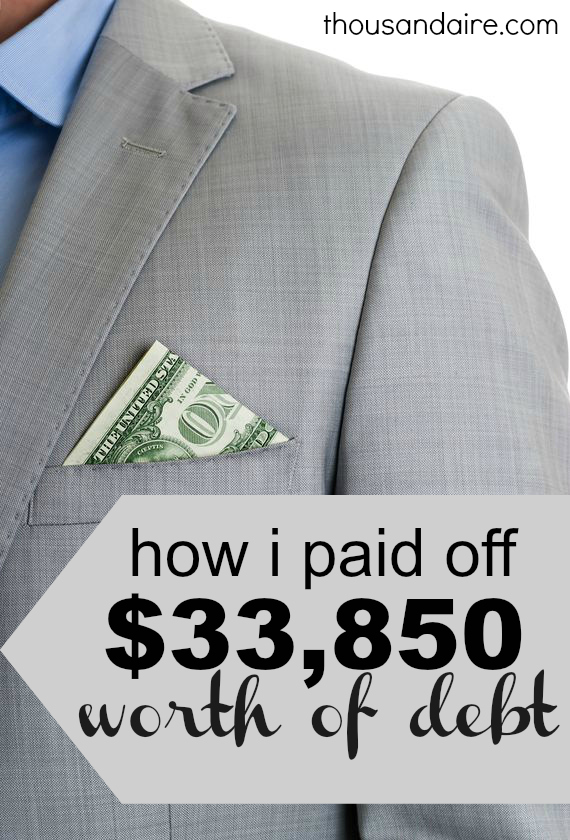 In August of 2011, I still had about $20,200 of student loan debt to pay off. After making minimum payments on my debt for a long time, I finally decided that my financial goals had changed a bit:

I paid my bills, I kept investing in my 401k, and I put every other spare dollar I had in a savings account so I could stockpile cash for paying off loans.

That’s over $11,000 of huge lump sum student loan payments in six months (not to mention still making minimum payments on remaining student loans). That left me with about $7,200 worth of student loans remaining.

I had a few expenses pop up, such as a trip to Mexico and a bunch of new furniture for my new apartment, but outside of those expenses and paying bills I’ve been hoarding cash to make that last student loan payment. And I’m happy to say that on 6/15/2012, I made my final student loan payment. 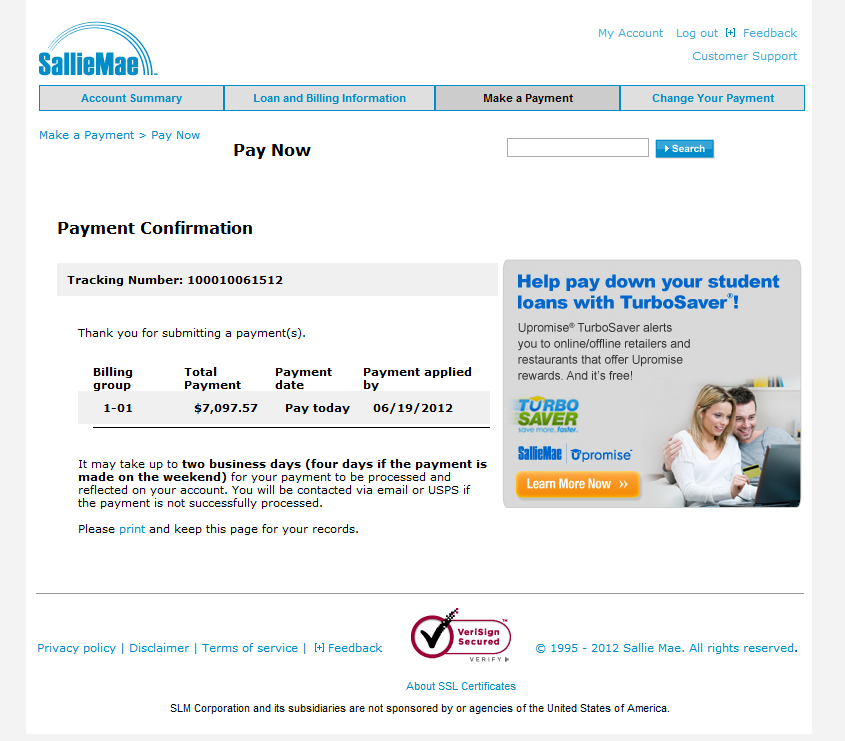 It’s a great feeling to know that I don’t owe anybody anything. I know that when I earn $1 I get to keep everything the government doesn’t take from me in taxes. I know that I’m no longer working to pay off debt, but I’m working for myself.

Finally, if you are serious about getting out of debt, consider reading Dave Ramsey. He is the go-to guru for debt reduction. His book The Total Money Makeover

has some pretty good methods for paying off what you owe. So pick up a copy if you get a chance.

Readers: Tell me congratulations on paying off over $33,000 of student loan debt in just over four years. Thanks!