The Chinese are Transferring $50B in Crypto – Can Americans do Likewise? 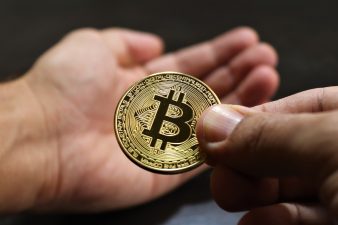 If you are a Chinese citizen caught in the middle of the American-Sino trade war launched by President Trump in 2017, the answer might be yes.

Since 2019, Chinese citizens have digitally spirited over $50 billion in cryptocurrencies out of China into international financial havens via cryptocurrency exchanges.

Considering that China is an authoritarian state, its incredible that mostly wealthy Chinese citizens are committing these acts. And they are doing so in defiance of Chinese laws.

The Trump trade war has devalued the Chinese yuan and caused significant economic trauma within the Chinese economy.

Can American citizens surreptitiously transfer cryptocurrencies through crypto exchanges like the Chinese?

Well, it depends on how much you desperately want the American government tracking your financial activities.

Still, with the economic distress currently going on in the United States, this may be something you want to consider.

The Trump trade wars have affected Americans, but perhaps in more perceptible ways if you are a struggling farmer.

Still, while the president mostly pays zero in federal taxes, or $750 once in a while, the average American pays $15,300 annually.

Meanwhile, the typical American salary is only $48,700.

If you have made some shrewd cryptocurrency investments within the past few years, why not try to limit any potential losses?

Why not digitally smuggle cryptocurrencies?

Well, to explain why that would be a very bad idea, let’s explain the situation in China.

Due to crumbling trade relations between the United States and China, rich Chinese citizens started scrambling to transfer billions in cryptocurrencies internationally.

According to Chainalysis, a business which creates profiles of blockchain business models, Chinese people have transferred $50 billion out of the country.

What’s the big deal? Apparently, Chinese citizens are only allowed transact up to $50,000 in international currencies. So, they are buying a lot more than that and transferring it out of the country.

The average Chinese citizen makes about $12,000 (82,400 Yuan) annually. So, it is not a stretch to consider that mostly wealthy Chinese citizens are committing these acts.

This fact may also explain how any Chinese citizen could get away with it. According to Chainalysis, these acts imply that there are severe limitations and opportunities for private ownership in China.

Chainalysis also reported that Chinese citizens were using the stablecoin Tether to move their money out of the country. Stablecoins are a kind of cryptocurrency that is backed by reserve assets to ensure less volatility.

This fact seriously implies domestic and/or international investments are tied to these clandestine Chinese  cryptocurrency transfers.

It’s also important to note that China, which is not a fan of cryptocurrencies, imposes severe regulations on its domestic yuan-to-cryptocurrencies exchanges.

OK – now that you have the backstory, what do you think?

Whether you are middle class or wealthy, do you want to digitally spirit cryptocurrencies out of the United States?

It’s not a good idea.

Cryptocurrencies Are Not Legal Tender in the United States

I don’t know how wealthy Chinese people are getting away with transferring cryptocurrencies out of their country.

But if you try to digitally smuggle cryptocurrencies out of the United States in a similar fashion, you are asking for trouble.

All you will accomplish is make the American government, specifically the IRS, shine a giant spotlight on your finances.

You may even break some federal laws unwittingly by trying.

Cryptocurrencies are not considered legal tender, foreign currency, or a kind of foreign bank account by the IRS.

The IRS consider cryptocurrencies as property that can be taxed through your capital gains tax obligations.

You must inform the IRS if you buy, invest, or try to transfer any cryptocurrencies outside of the country. You can’t own over $10,000 in foreign investments without informing the IRS.

If you didn’t report transferring cryptocurrencies out of the country, you could be fined $100,000 or more. You could also risk jail time.

The term, “cryptocurrencies,” have only become widely known since the late 2010s. You could be seriously breaking the law by transferring large amounts of cryptocurrencies internationally and not know.

As evidenced by the Chinese elite and President Trump skirting finance laws, if you have enough money, you have more options in life.

You still shouldn’t take for granted the idea you can just do what you want.

Consult your lawyer and financial advisor before you consider transferring cryptocurrencies internationally, even if it is in small amounts.

Ignorance of the law is no defense against it, especially when it comes to cryptocurrency regulations.

Please don’t forget, if you’re an American investor, don’t cheat the tax man.   Cheating on your taxes by not reporting capital gains is illegal and immoral.  Also, you’ll get caught so don’t even think about it.  If you want to learn about how to properly account capital gains taxes, check out the Tax Policy Institutes summary of Capital Gains taxes.

How Do You Attract Money and Abundance?

What Are the Different Types of Wealth?

Can Undocumented Immigrants Open An IRA?

Is There a Cheaper Alternative to Invisalign

Spread the love
By Allen Francis|October 5th, 2020|Categories: Blog, Economics / Politics, Life, Personal Finance Tips|Tags: Cryptocurrency|Comments Off on The Chinese are Transferring $50B in Crypto – Can Americans do Likewise?