What Are the Different Types of Wealth? 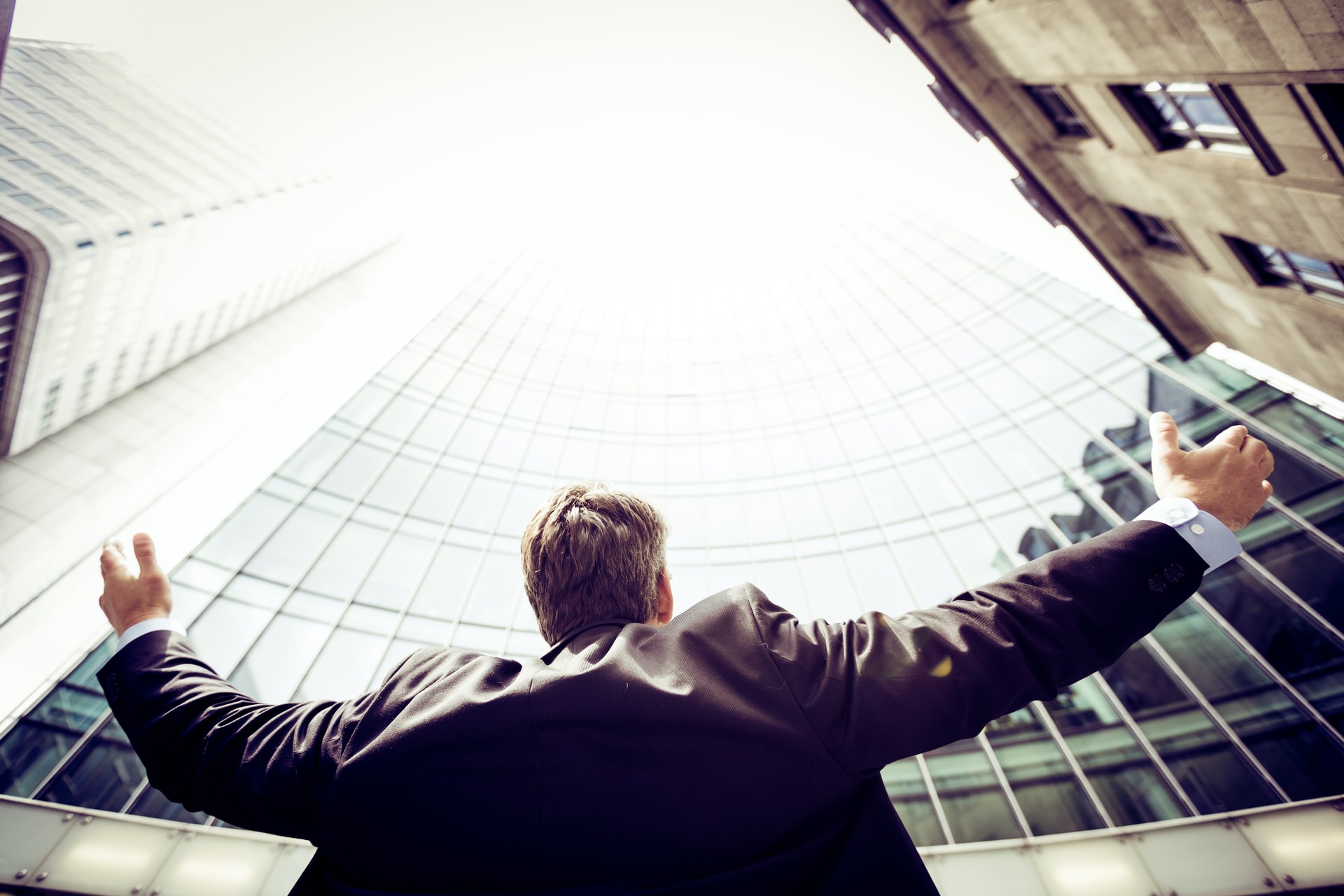 Wealth is like a dream to working class people. And what do we do upon waking up from a dream? We forget. Make excuses. We settle. Hell, some of us win the lottery, spin around, and lose it all. That’s the problem. Wealth viewed as a goal. It’s a mindset and a life journey of which money is only one factor. Money is a tool, not the endgame. There are different types of wealth.

There are 11 million millionaire American households. 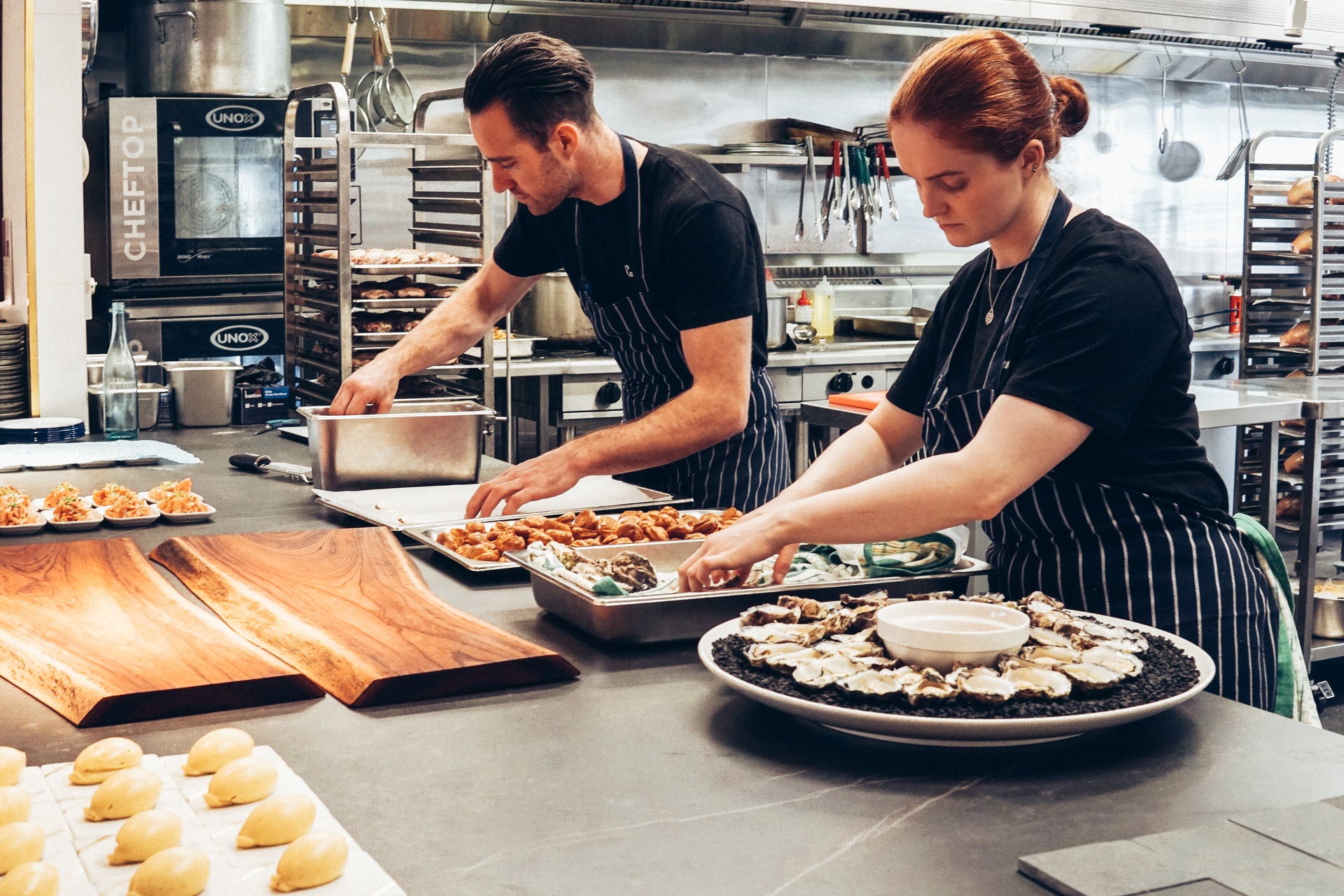 The average American millionaire has a net worth between $1 million and $2. 5 million. Many millionaires work everyday jobs – your local millionaire may be a dentist or restaurateur.

Is this a sinister plot by the Illuminati and heads of states huddled in secret, cigar-smoke fogged rooms to keep us broke?

Conspiracy theories are comforting. They don’t require effort – they only require righteous anger and self-affirming procrastination. 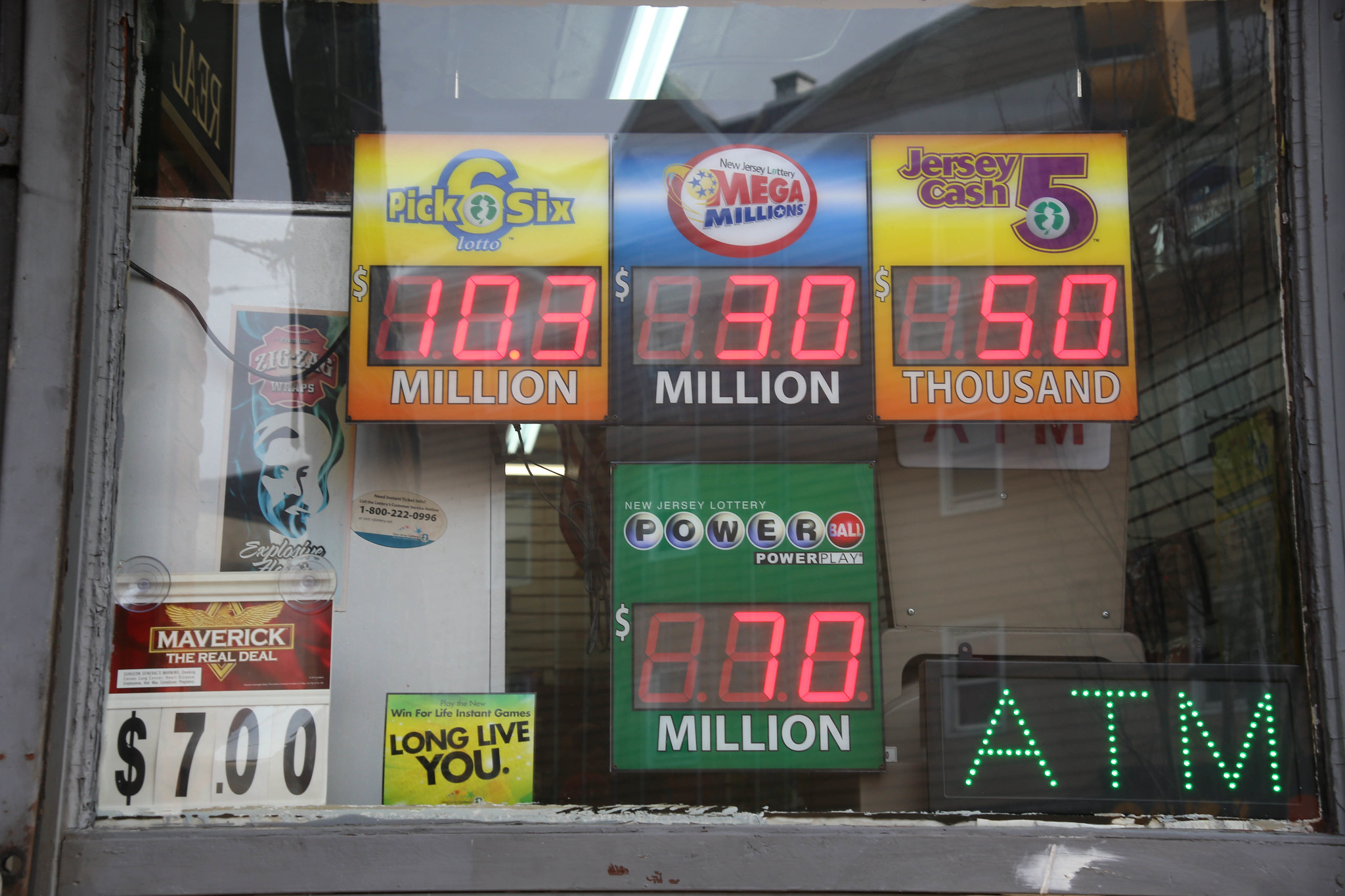 (Image courtesy Paul Sableman via CC BY 2.0)  Most people generate their income by creating self-perpetuating debt cycles. All while dreaming about wealth, complaining about the 1%, and religiously buying lottery tickets. Only you control your financial destiny.

Wealth is a journey that starts with a mindset.

There are different types of wealth – 4 to be exact:

Wealth is a multi-faceted mindset. To focus on materialism is to miss the forest for the leaves.

Before explaining that, let show you how easy money can be lost.

Whether by lottery or inheritance, anyone can make money

Keeping wealth and creating more(!) – that is the trick.

Different Types of Wealth and Yet Only One Kind of Broke

I don’t even like the term, “wealth,” – I prefer, “financial independence – but wealth is a better shorthand.

It’s a lifelong journey that starts with a radical mental makeover. 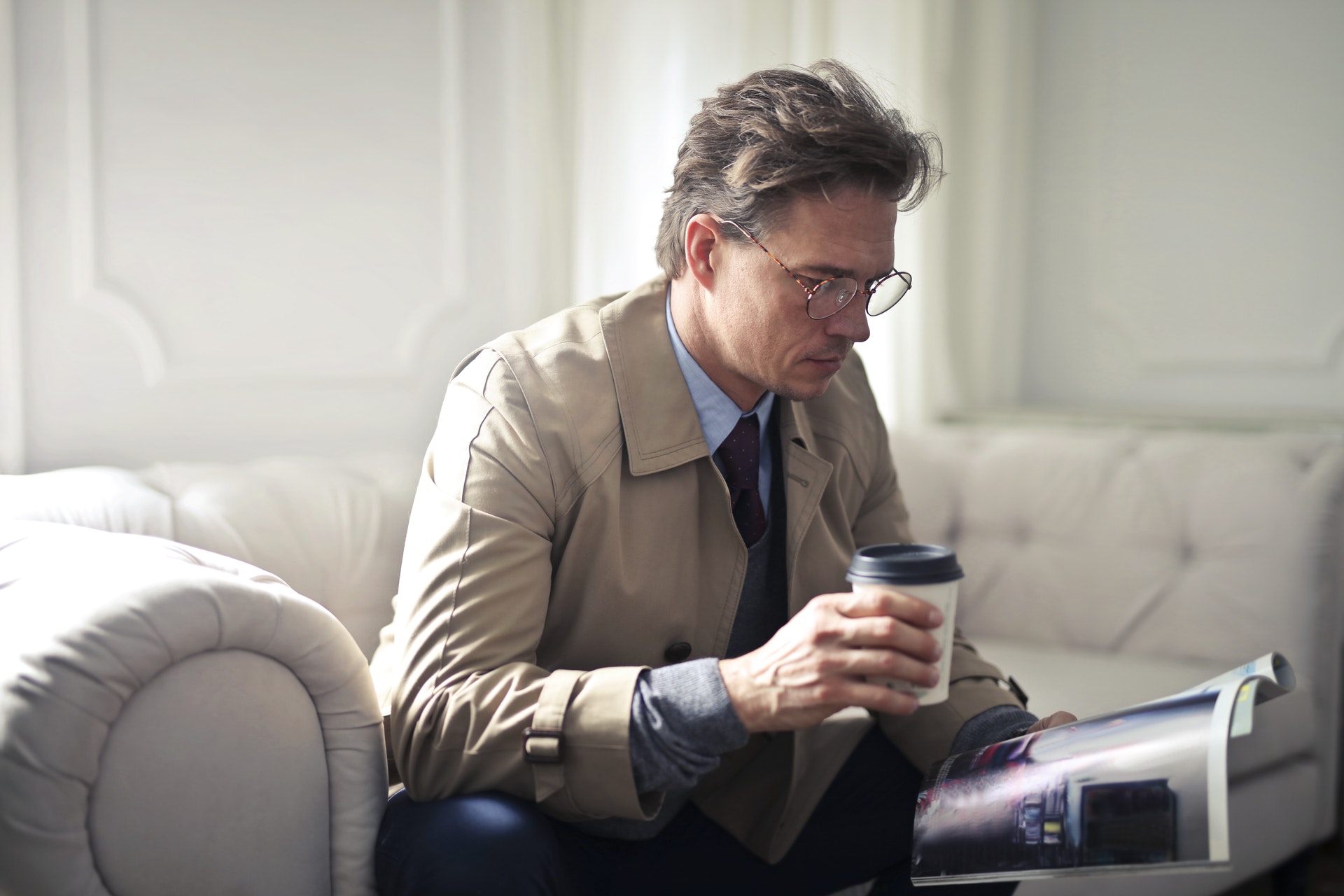 Being wealthy demands a work ethic upgrade. Network with like-minded people and excise negative people from your life. Give back to your community. Keep your wealth, generate more, and keep it in the family.

The best way to illustrate the virtues of understanding the different types of wealth is showing what happens when you don’t.

Do you know anyone who lost $6 billion dollars? 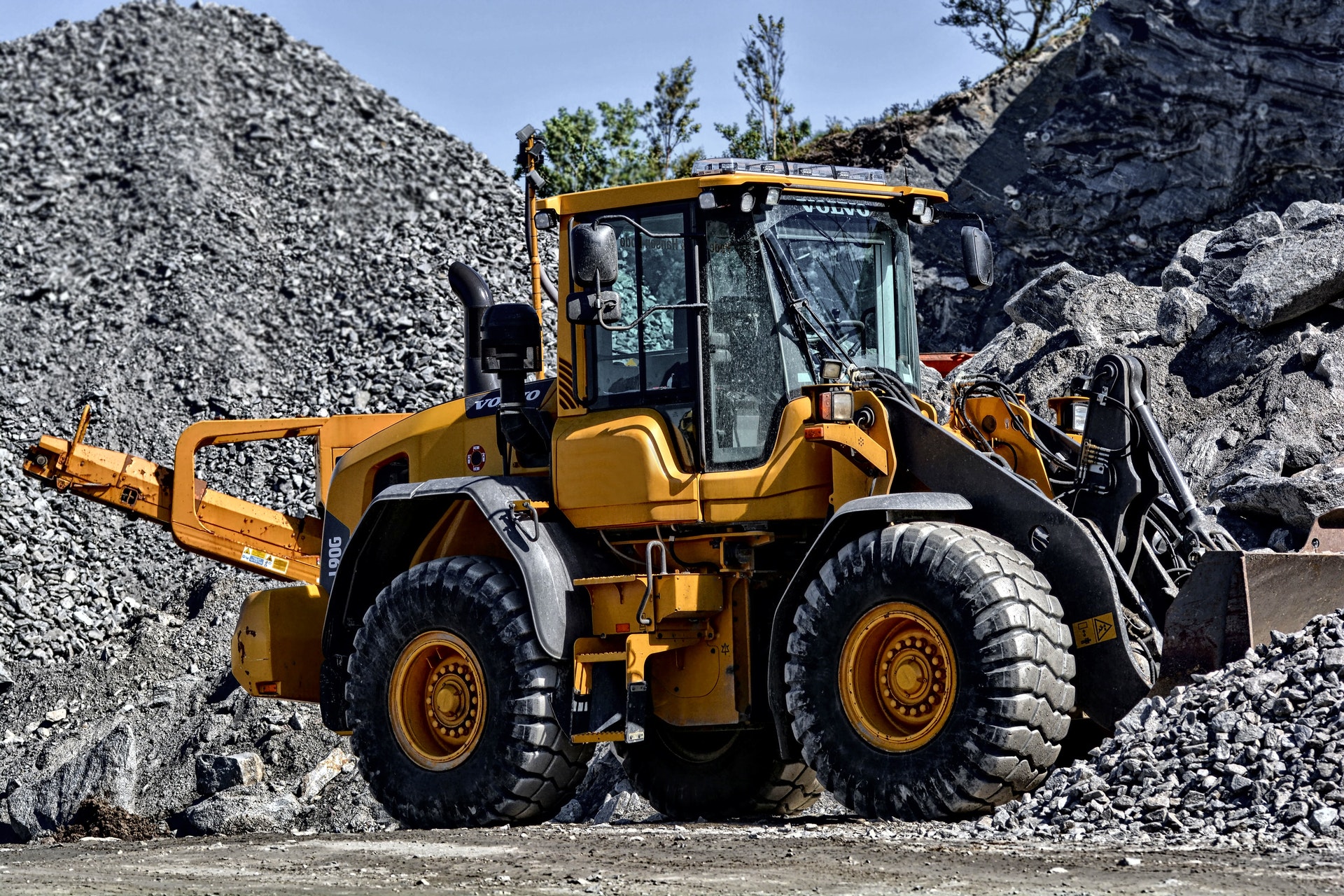 In 1973, Quinn was in his late 20s. He borrowed $100 and started a sand and gravel supply business that grew into a family fortune.

By the 1990s and 2000s, Quinn has expanded into insurance, hotel and hospitality, and the finance sector.

Quinn invested a large stake in an Irish bank right before the 2008 financial crash. That fact, along with financial mismanagement, virtually wiped Quinn out financially. 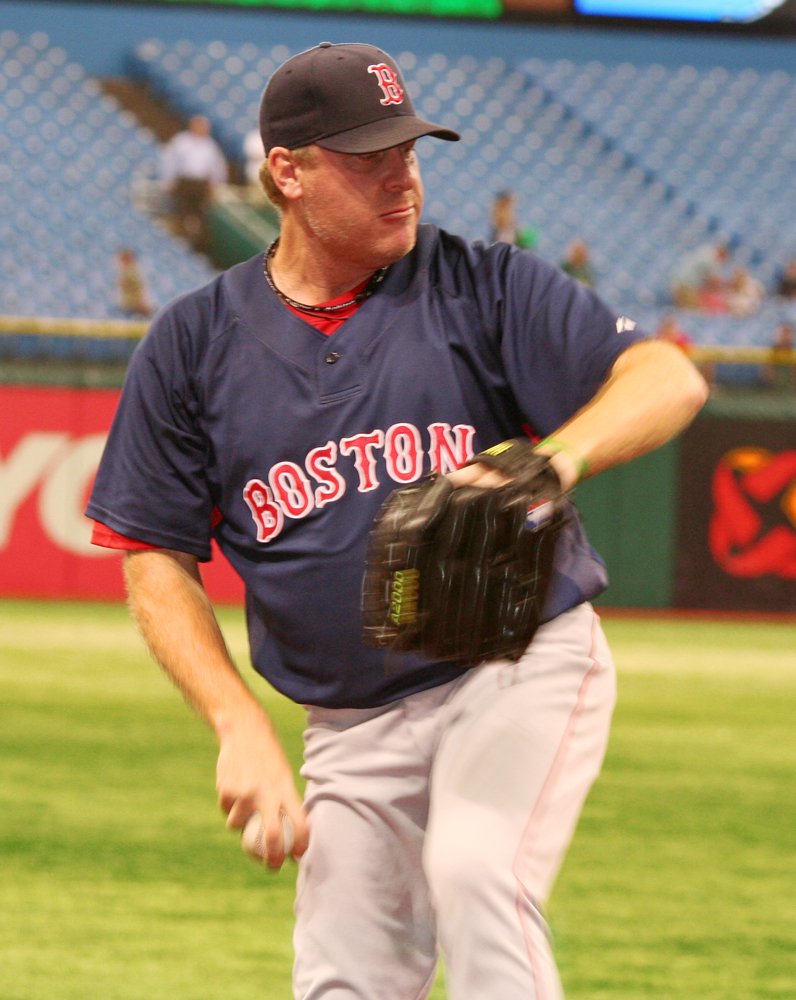 A true example of a rags-to-riches story, Schilling earned $114 million over his 19-year pitching career.

Schilling invested most of his money in an ill-advised investment in a video game company in 2010. That later company later failed, and Schilling was broke by 2012.

These two profiles are a cautionary warning.

You can earn a fortune, inherit it, or even win the lottery.

If you don’t understand the different types of wealth, you can lose it all just as easily.

The Four Different Types of Wealth

The different types of wealth are concepts that inform work ethics, social and familial circles, and finance management to help create and keep wealth.

You want to be wealthy? Don’t dream about someone investing a million dollars into you. 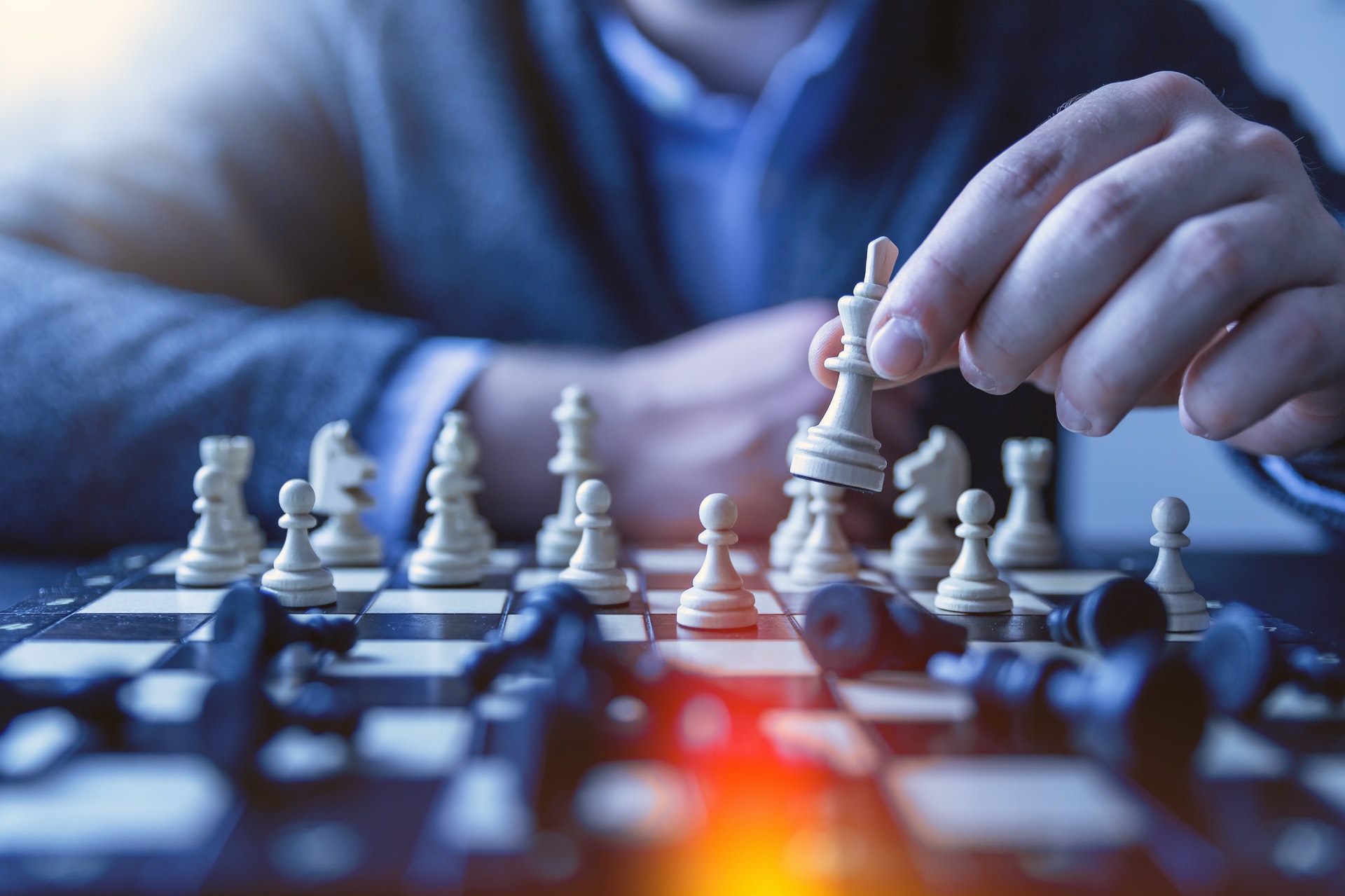 Develop a realistic business plan. Create goals to achieve. Some millionaires and billionaires have conceded that they worked 16-hours a day 7 days a week to achieve their goals. Sleep 6 to 7 hours a day to get more done. Learn new skills. You must be the first to invest in yourself. Sharpen your mind and focus your goals relative to wealth.

Learn how the stock market works. Then learn how your local economy works and how to make it work for you.

Learn how to manage your time and schedule wisely to achieve goals.

Be confident. Too many people are confident they can’t pay their bills.

Upgrade your mindset about money. Be confident about improving your financial standing.

The key to a successful business is coordinating meetings between like-minded people who want to make mutually beneficial deals. 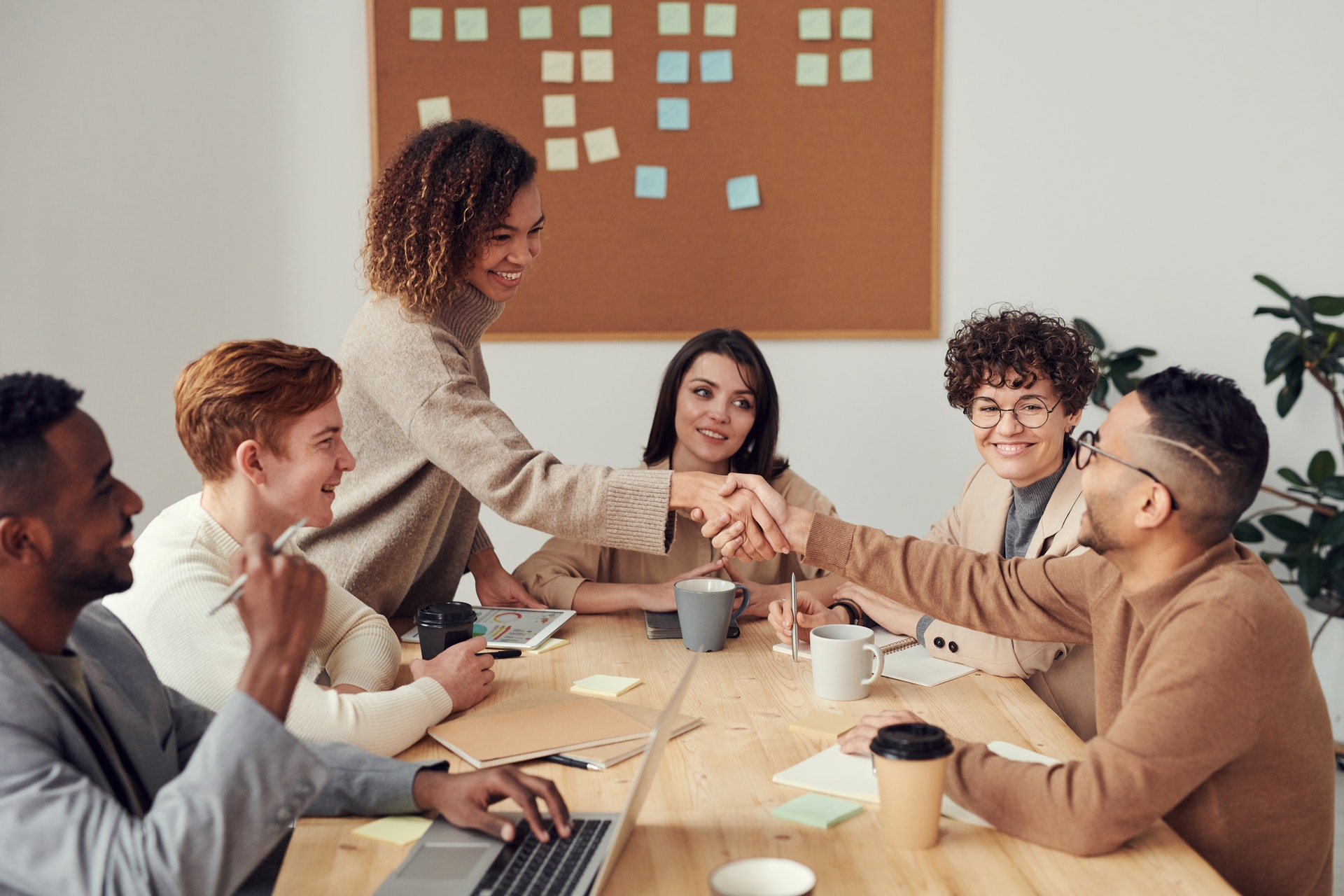 Surround yourself with confident, ambitious and talented people. You need networks and connections to empower personal success. Positivity attracts, fuels, and amplifies positivity. Your social networks inform your social status. And useful social networks are a form of wealth – social capital.

Excise negative people in your life who may hold you back or hamper your life goals.

Develop quality networking and business relationships that will aid you in achieving your goals.

Mentor and teach others you know about personal finance. Show them the path, but don’t preach.

We find enlightenment on our own timetables. 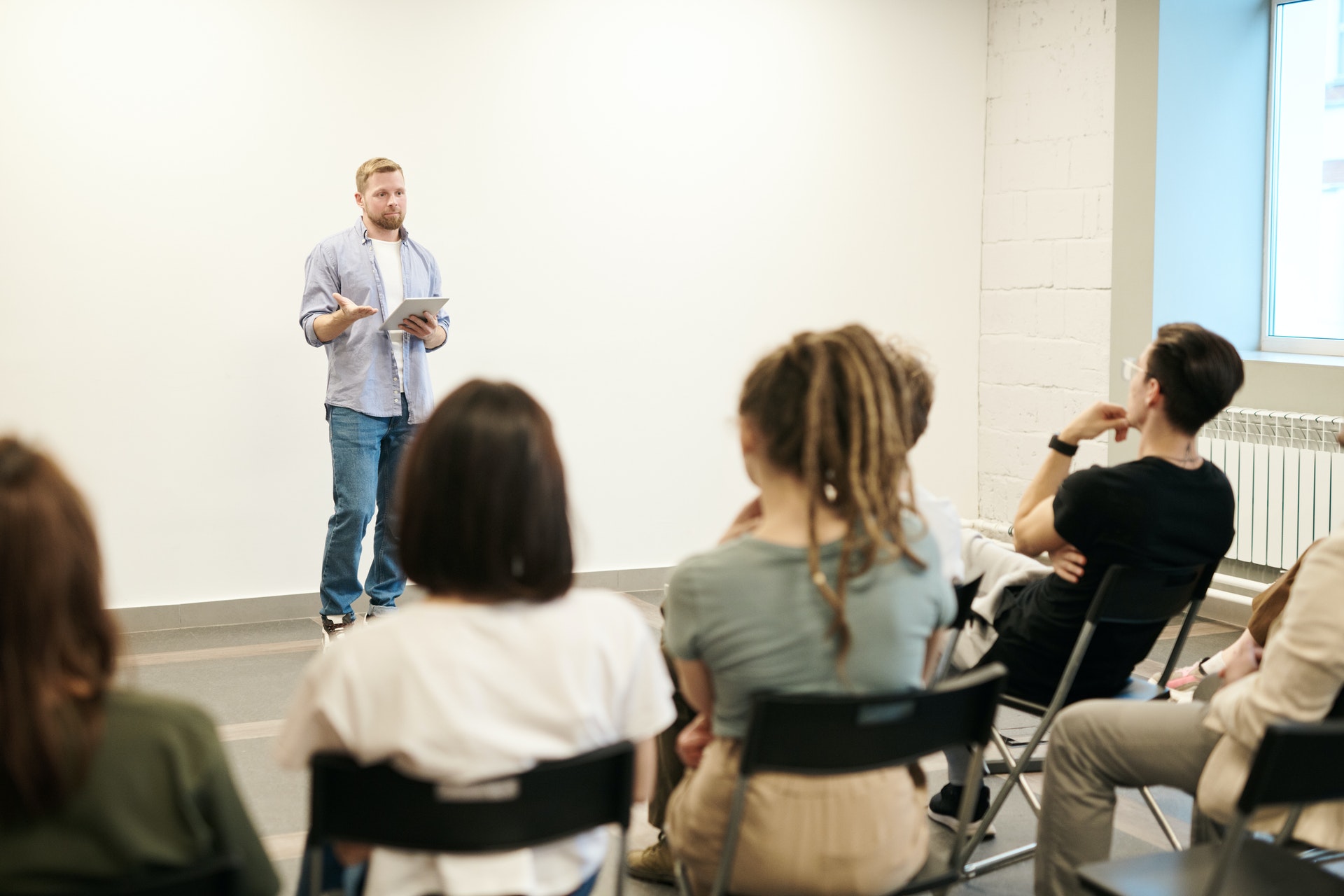 Volunteer locally. Find a way to give back. Try to make your confidence an infectious mindset. Share the wisdom you learned about responsible personal financial.

Offer advice and caution against the get-rich quick mentality.

You’re going to influence someone who was like you before the wealth.

Keep your money in the family. Think about a will even before you become wealthy. Focus on how you will make money and keep it in the family.

Become debt-free. If most of your monthly income is dedicated to paying debts, you’ll never escape debt.

The only way to make money is to not be plagued by debt.

Save more money than you spend. Money is a tool. The money itself is not the final goal. Money gives you options in life that poverty prohibits.

Learn how to invest wisely.

If you value material items and spend money mindlessly, you will never become wealthy. 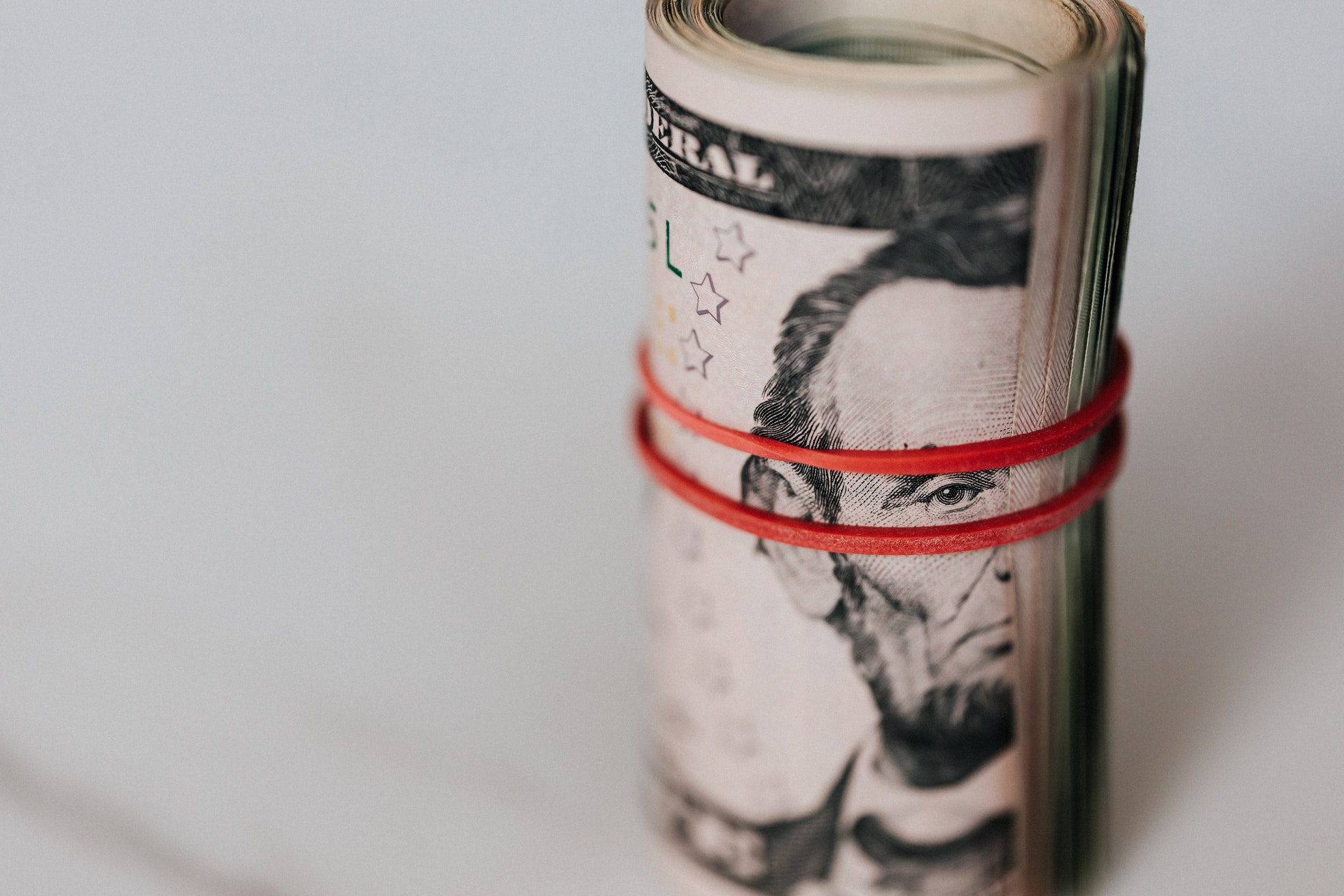 Making the money is half the battle. Learning to generate more and keep it is the key to understanding the different types of wealth.

Start With The Mindset

Tens of millions of Americans are suffering economically now. And that economic suffering has only begun.

With a basic understanding of the different types of wealth, you now understand you alone can improve your finances.

Invest in you and become debt-free. Save more than you earn.

Volunteer, mentor, and give back to your community as best you can.

Keep your money in the family.

Complaining about the 1% won’t change your circumstances.

How Do You Attract Money and Abundance?

A Golden Parachute in a Time of Uncertainty